Has inflation reached a peak? Three signs that prices could soon come down 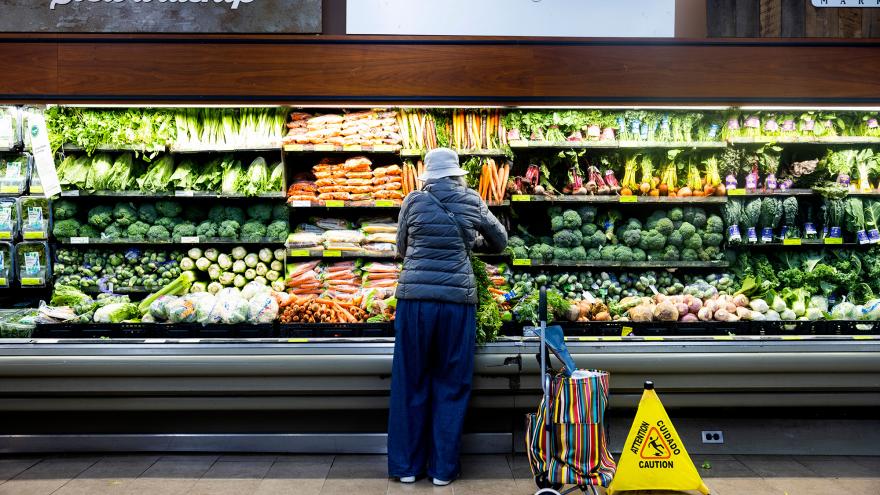 (CNN) -- Inflation is at a 40-year high, and Americans are feeling it.

A gallon of gas costs about double what it cost in January 2021. Home prices were up a whopping 19.8% year-over-year in February. And, in March, groceries cost 10% more than they did a year earlier.

Thankfully some analysts think that the burden could soon ease, and that we've reached an inflationary top.

This week, the Federal Reserve will meet and likely announce plans to raise interest rates, a tool used to combat rampant inflation. However, investors fear that accelerating the pace of interest rate hikes could drag the economy into recession.

Ryan Detrick, chief market strategist for LPL Financial, thinks it's likely that inflation has already reached a peak on its own, and that the Fed could start to pull back on interest rates by the second half of the year.

The core personal consumption expenditures index, which the Federal Reserve closely watches to measure the price of goods and services, grew by 5.2% in March, excluding food and energy prices, coming in below economists' expectations and falling on a monthly basis for the first time since October 2020.

Analysts at UBS also said this month that they expect inflation will likely peak in March and then fall "sharply."

Detrick points to three key economic indicators for that belief: a drop in used car prices, a lack of "sticky" inflation, and a relative easing in supply chain chaos (though China's Covid-related shutdowns could put an end to that).

The chip shortage caused by supply chain kinks and Russia's invasion of Ukraine, has made getting a new car very difficult, and the prices of used cars and trucks have correspondingly soared. In February, the price of a used car was up about 45% year-over-year, according to the Manheim Used Car Value Index. But it has since come down to about 25%. Two months of declines show that the prices of used cars, which make up 4% of the consumer price index, could finally be reverting back to pre-pandemic levels.

The Federal Reserve Bank of Atlanta breaks inflation into two categories: sticky and flexible. Sticky inflation is a basket of goods that tends to change more slowly and permanently in price, things like the cost of education, public transportation and motor vehicle insurance. Flexible inflation includes items that move up and down in cost more quickly: gas, clothing, milk and cheese.

Of course, it could take some time for sticky inflation to play catch up, but Detrick says he's optimistic. Flexible inflation is like a rubber band, he said, you can stretch it pretty far and it will still snap back.

And though shutdowns in China could hurt the global supply chain, it does appear that problems are easing -- at least for now. If businesses can easily obtain more supplies, the prices of materials go down and consumers won't be charged as much for goods and services, said Detrick.

Shipping rates from Shanghai to Los Angeles, New York and Rotterdam are down 28% on average from the peak last year, according to LPL Financial's data. Schedule reliability for container ships is also continuing to improve, according to new data from analytics firm Sea-Intelligence. March also marked the third consecutive month of declines in average delays for container ships.

The move lower in inflation could be sudden as a result, especially for durable goods, said Detrick. Still, he warned, it's hard to tell if we're seeing the light at the end of the tunnel — or an oncoming train.

Investors flocked to Omaha this weekend for Berkshire Hathaway's annual shareholder meeting, the first since 2019.

Between all of the ice cream cones and caramels, Berkshire disclosed Saturday that it bought more than $51 billion in stock during the first quarter of 2022, even though Buffett described his current investing mood as "lethargic."

More than $3 billion of that was their own stock, but other big names included Chevron, Apple, Bank of America and American Express. Together, those four stocks are approximately two-thirds of the fair value of Berkshire's nearly $388 billion portfolio.

Charlie Munger used his platform Saturday to speak out against bitcoin and cryptocurrency, which he compared to a "venereal disease" earlier this year.

Munger said Saturday that if an investment advisor wants you to put retirement money in bitcoin, "Just say no," in an apparent knock at Fidelity's recent announcement that it is planning to let investors buy bitcoin for their 401(k) accounts.

He also attacked what he called a "disgusting" surge in gambling-like attitudes toward investing, popularized by meme stocks. Munger said the recent "unraveling" in the online trading platform Robinhood's stock price was "some justice."