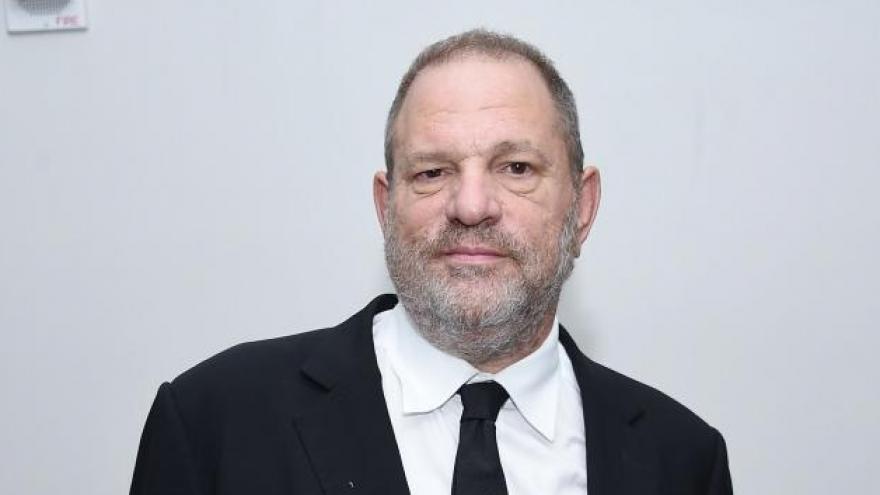 Movie mogul Harvey Weinstein heads to court to face sex assault charges that could send him to prison for the rest of his life. More than 80 women have publicly accused Weinstein, 67, of sexual misdeeds.

(CNN) -- Movie mogul Harvey Weinstein heads to court Monday to face sex assault charges that could send him to prison for the rest of his life.

The trial begins more than two years after a bombshell magazine story confirmed the sort of allegations that long had swirled around the Hollywood power broker.

Since then, more than 80 women have publicly accused Weinstein, 67, of sexual misdeeds. The wave has not only led to his professional downfall and a bevy of criminal investigations but also fueled the #MeToo movement, empowering many women to expose sex abuse by powerful men the world over.

Starting this week in New York state court, though, the case against Weinstein boils down to five felony charges based on claims by two women. Here are the basics of the case and how it's expected to unfold:

• The trial, at the New York State Supreme Court -- the state's trial-level court -- is expected to last until March, with two weeks of jury selection followed by eight weeks of arguments and testimony before deliberations start, Weinstein's attorney, Donna Rotunno, told CNN.

• The judge is James Burke. He became a state criminal court judge in 2001, after 12 years as a prosecutor in New York County.

Burke already has made a few rulings that reflect this case's high-profile nature. He banned reporters and the general public from parts of an April pretrial hearing about the sort of evidence that would be allowed and who could serve as trial witnesses. Burke said the "highly inflammatory" information could impact Weinstein's right to a fair trial.

• Jury selection is set to begin Tuesday. A key factor in who's chosen will be whether potential jurors can commit to such a lengthy trial, Rotunno said.

Weinstein's defense team has made clear it doesn't think an impartial jury can be seated in New York City, though a five-judge state appeals panel rejected that argument in October.

Prosecutors haven't said what they're looking for in an ideal jury.

• The courtroom scene is sure to be a drama all its own. The 120-seat gallery will be packed with reporters and news producers who may have to line up before dawn to chronicle the trial first-hand.

More than 200 local, national and international media are looking to cover the high-profile proceedings, court spokesman Lucian Chalfen told CNN, alongside #MeToo advocates and members of the public. Members of Time's Up, a women's group committed to ending workplace sexual misconduct, pledged at a pretrial hearing in December to send its representatives to the trial.

Burke, who hasn't allowed broadcast cameras in the courtroom during pretrial hearings, is expected to rule Monday on media access for the trial, Chalfen said. Weinstein is expected to be in court Monday, throughout jury selection and during the trial, according to the Manhattan District Attorney's Office.

• A woman, whose identity remains hidden in court records, says Weinstein raped her in 2013 in a New York hotel room, according to the superseding indictment filed against him in July 2018.

• This incident accounts for three of the five charges filed against Weinstein: predatory sexual assault, rape in the first degree and rape in the third degree, the document shows.

• Haleyi was introduced to the film producer in 2004 at the European premiere of "The Aviator" and later worked on a TV show he produced in New York City, she told reporters at an October 2017 news conference with her lawyer, famed women's rights attorney Gloria Allred.

After rebuffing unwanted advances in previous encounters with Weinstein, Haleyi agreed to meet with him at his SoHo apartment in Manhattan, she said.

"It was not long, though, before he was all over me making sexual advances. I told him, 'No, no, no,' but he insisted," she said. "He was extremely persistent and physically overpowering. He then orally forced himself on me."

A list of witnesses and the evidence prosecutors plan to call on during the trial hasn't been released publicly by prosecutors. But Weinstein's lawyers expect his two accusers to take the stand, his spokesman told CNN.

To convict Weinstein on the predatory sexual assault charges, the state will have to prove he committed sex crimes against multiple women. The following witnesses are expected to testify in support of that claim:

Actress Annabella Sciorra is best known for her Emmy-winning role in HBO's "The Sopranos." But she earned fame in the early 1990s with starring roles in "Jungle Fever" and "The Hand That Rocks the Cradle."

It was during that earlier decade, Sciorra has said, that Weinstein violently raped her and repeatedly sexually harassed her. She first publicly accused the media mogul in the explosive, October 2017 New Yorker story that unleashed the raft of accusations against him.

A trio of so-called "bad actor" witnesses also is expected to testify about other accusations that have not resulted in criminal charges against Weinstein but that prosecutors assert show he perpetrated a pattern of sexual abuse.

In general, "prior bad acts" witnesses can strengthen a criminal case, particularly in "he said-she said" scenarios with limited physical evidence.

Expert witness Dr. Barbara Ziv, a forensic psychiatrist who testified for the prosecution in the trial of Bill Cosby, will also be a key witness for Weinstein prosecutors.

Ziv is expected to explain why victims may delay disclosing a sexual assault, according to a court notice of expert testimony. She may also discuss factors that determine whether and how a victim may interact with their attacker.

Ziv's testimony "is necessary to dispel several myths about sexual assault that continue to be prevalent even in today's society," according to the filing.

Ziv has been qualified as an expert in more than 200 civil and criminal cases, and has testified for prosecution and defense teams.

Weinstein has denied all allegations of "nonconsensual sexual activity" related to this case and other claims made against him, but it is not clear whether he will testify in his own defense.

His attorneys have been fairly open about how they intend to counter the state's allegations during this trial. The strategy includes written correspondence between the women and Weinstein, as well as experts of their own.

"Dozens of emails" sent by the unidentified accuser to Weinstein were used last year in an effort to dismiss the case. The messages, characterized as "warm, complimentary and solicitous," and others like them were sent after the film producer allegedly raped the accuser over a "four-year period," said Benjamin Brafman, the legendary criminal defense attorney who at one time represented Weinstein.

The emails help prove the relationship Weinstein had with this accuser was consensual, his defense team has said.

A text from Haleyi that Weinstein got in 2007, months after he allegedly forced oral sex on her, "make clear" that Haleyi wanted to continue seeing him after the alleged assault, according to documents the defense filed in November 2018 in an effort to get the case dismissed.

"Hi! Just wondering if u have any news on whether harvey will have time to see me before he leaves? x Miriam," the text states.

Haleyi's attorney has described Weinstein's lawyer's interpretation of the 21-word note as "speculation."

Two psychology experts, Elizabeth Loftus and Deborah Davis, may be called to testify on Weinstein's behalf on the subject of human memory, court documents show.

Testimony on "the general operation of human memory" will be allowed at trial, Burke ruled in November. The judge, however, denied the defense's request to bring up a phenomenon known as "voluntary unwanted sex" as part of its case.

What's at stake for Weinstein

Weinstein, who's recently used a walker to get to and from pretrial hearings, could effectively spend the rest of his life behind bars if convicted in this case.

Sentencing guidelines for the charges against him are:

• 10 years to life in prison for predatory sexual assault;

• At least five years in prison for rape in the first degree;

• Probation to four years in prison for rape in the third degree;

• At least five years in prison for criminal sexual act in the first degree.

Separately, eight cases against the embattled Hollywood producer are being reviewed by the Los Angeles County District Attorney's Office. And London's Metropolitan Police say that since The New Yorker story was published, they've gotten 11 allegations of sexual assault by Weinstein dating from the 1980s to 2015.

Meantime, a $44 million settlement to resolve civil lawsuits over Weinstein's alleged sexual misconduct was reached in May. Claims include those made against the disgraced media mogul, his former associates and The Weinstein Company, which he co-founded in 2005 and from which he was fired in 2017. Weinstein also has been ousted from the Academy of Motion Pictures Arts and Science.

The ripple effects of Weinstein's alleged transgressions are hard to measure.

But since 2017, women emboldened by his accusers to share their own experiences with sexual harassment and assault have set off a reckoning that's unseated politicians, toppled titans of American media and made an impact with the US Supreme Court. And the five-letter "Me Too" hashtag has spread from India to Senegal, from China to Australia, from Pakistan to the United Nations.

In a statement issued last week, 25 women who have publicly accused Weinstein of sexual misconduct shared their thoughts ahead of the only criminal trial to result so far from this case. What happens in the New York courtroom, they said, will have ramifications far beyond the five charges at the core of the case.

"Next week, the world will be watching as Harvey Weinstein walks into court to stand trial for a fraction of the egregious crimes he has committed," they said. "This trial is critical to show that predators everywhere will be held accountable and that speaking up can bring about real change."