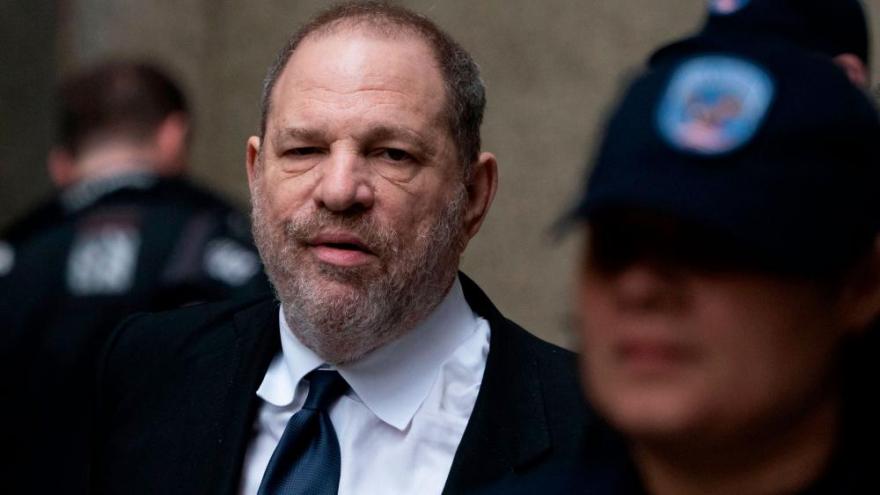 Weinstein, 68, has denied the previous allegations. Weinstein's spokesman, Juda Engelmayer, told CNN on Friday that he could not comment on the additional charges until he learned more about them.

"I am thankful to the first women who reported these crimes and whose courage have given strength to others to come forward," Lacey said in a statement.

He was originally charged in Los Angeles County in January with sexually assaulting two women in separate incidents over a two-day period in 2013. In April, prosecutors added an additional charge that stems from an alleged incident at a Beverly Hills hotel in May 2010.

Weinstein is serving a 23-year sentence in New York after he was convicted in February of committing a criminal sex act in the first degree involving one woman and rape in the third degree involving another. The former producer is at Wende Correctional Facility, a maximum-security prison in Alden, New York.

Weinstein has not been arraigned on any charges in Los Angeles. Prosecutors asked for Weinstein to be transferred from New York to Los Angeles in March but the process has been delayed. An extradition hearing has been set for December 11 in Buffalo, the Los Angeles district attorney's office said.

If convicted of the charges in California, Weinstein could face up to 140 years to life in state prison.

The Weinstein case helped fueled the global #MeToo movement and encouraged women to speak out against sexual abuse.