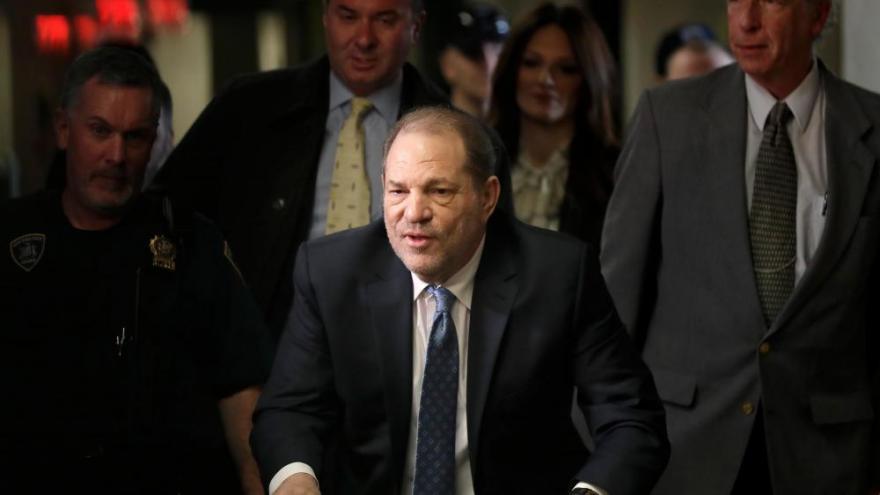 Convicted rapist Harvey Weinstein injured himself in Rikers Island jail when he fell while trying to walk on his own, according to a Page Six report. Seen here, Weinstein arrives at a Manhattan courthouse for jury deliberations in his rape trial, Monday, Feb. 24, 2020, in New York.

Englemayer said Weinstein was dizzy before he fell.

"Harvey says his head throbs all the time and thinks he has a concussion. He has not been officially diagnosed," Englemayer said.

Englemayer, who spoke to Weinstein by phone Sunday evening, says Weinstein has "had a lot of time to think about his life and what he's done," adding, "He said he wasn't a nice guy and that's how he got here."

Movie mogul Weinstein doesn't walk steadily and doesn't have a walker in jail, Englemayer said. During his recent trial, Weinstein used a walker to get in and out of court.

After Weinstein was convicted of sex crimes February 24, paramedics determined he had a heart issue and transported him to Bellevue Hospital in Manhattan.

He's expected to be sentenced March 11 in New York State Supreme Court. He faces a minimum of five years and a maximum of more than two decades in prison.

A New York jury convicted Weinstein of committing a criminal sex act in the first degree involving one woman and another count of rape in the third degree.