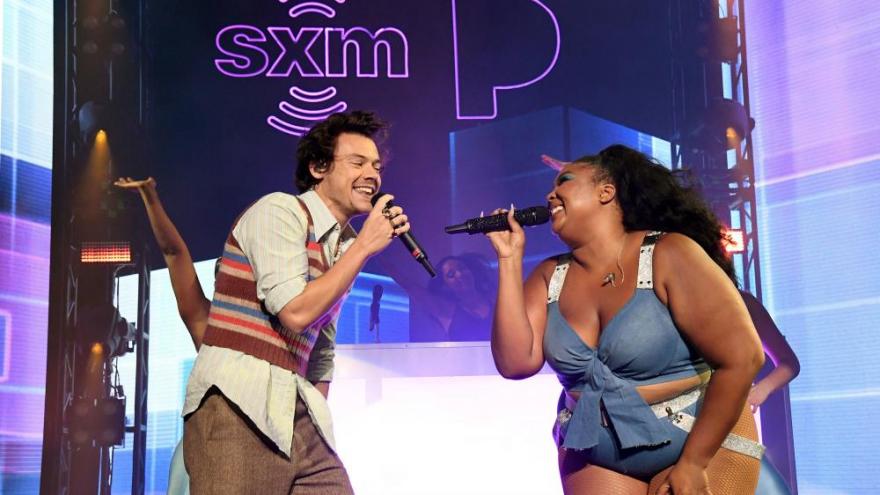 A pre-Super Bowl concert featuring Harry Styles -- with Lizzo and Mark Ronson as guests -- was literally a washout because of extreme weather in Miami.

(CNN) -- A pre-Super Bowl concert featuring Harry Styles -- with Lizzo and Mark Ronson as guests -- was literally a washout Friday night because of extreme weather in Miami.

"This was a mandatory evacuation in Miami across special event venues," Pepsi said in a tweet. "We are focused on ensuring everyone is safely evacuated. We deeply apologize to the fans."

Fans were asked to leave the concert venue, Meridian at Island Gardens, just before Styles was to start his performance, CNN affiliate WSVN reported.

The former One Direction member apologized to fans on Twitter, saying the fire department wouldn't allow the concert to go on "under any circumstances."

A night earlier, Styles, whose new solo album hit No. 1 on the Billboard 200 chart in December, showed up at Lizzo's concert at the Fillmore Miami Beach and sang her hit song "Juice" with her.

Pepsi tweeted it will offer a full refund for the canceled show and pay for the cost of ride shares for concertgoers.

Lady Gaga is scheduled to perform Saturday at Meridian, the location of Friday night's concert, according to an event schedule posted on Ticketmaster's website.

The severe weather threat is not over for Miami, which is hosting Sunday's Super Bowl LIV at Hard Rock Stadium. According to the National Weather Service, severe weather could hit the area Saturday afternoon and evening, but the threat diminishes in time for the big game Sunday.

CNN meteorologists are predicting a beautiful, dry day for the showdown between the San Francisco 49ers and the Kansas City Chiefs, with temperatures in the mid-60s by kickoff time.