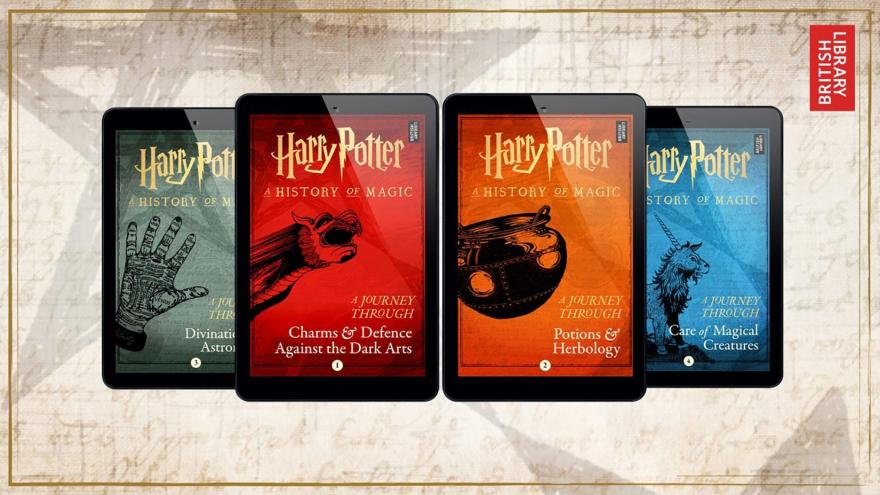 Pottermore Publishing plans to release a series of short, non-fiction e-books exploring the "traditional folklore and magic at the heart of the Harry Potter series."

Pottermore Publishing plans to release a series of short, non-fiction e-books exploring the "traditional folklore and magic at the heart of the Harry Potter series."

The collection is framed around various Hogwarts lessons. Where did the idea for the individualized guardians of the Patronus charm come from? Perhaps a book on charms and defense against the dark will have the answers.

Last year marked the 20th anniversary of the release of the first book in J.K. Rowling's popular fantasy series.

In two decades, half a billion Harry Potter books have been sold and the series has been translated into 80 languages, according to the series' official site.

The book series has led to films, theme parks and a Broadway musical. Rowling launched Pottermore.com in 2011 as Harry Potter's official web home and a digital interactive site for fans. The publishing arm produces Potter-related e-books and audiobooks.

With the release of four new e-books fans will have no shortage of ways to continue to immerse themselves in witchcraft and wizardry.

CORRECTION: This story has been updated to clarify the number of Harry Potter books sold worldwide.