Harry and Meghan set their first series at Netflix 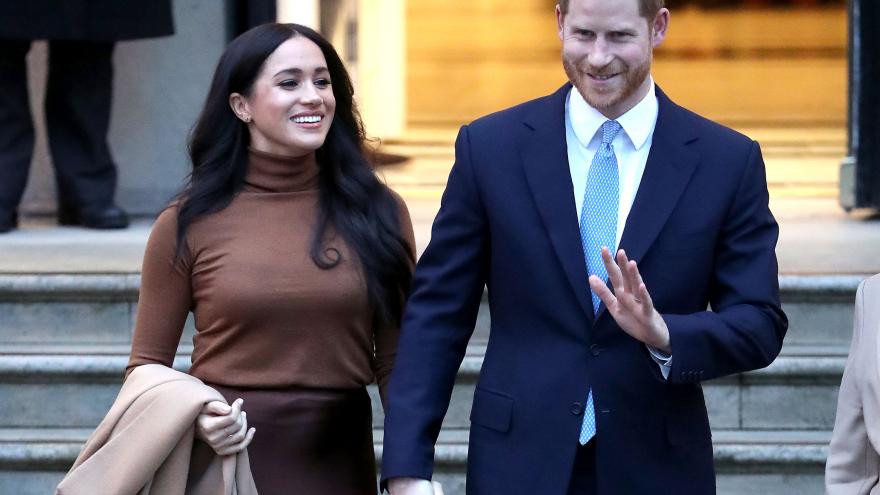 (CNN) -- Harry and Meghan, Duke and Duchess of Sussex, have announced their first Netflix project after signing a production deal last year.

"Heart of Invictus" a docu-series from Harry and Meghan's production company Archewell Productions, will follow "a group of extraordinary competitors from around the globe, all service members who have suffered life-changing injuries or illnesses on their road to the Invictus Games The Hague 2020, now set to take place in 2022," Netflix said on Monday.

The multi-episode series, a partnership between Archewell Productions and The Invictus Games Foundation, will follow the competitors and organizers of the event.

The series will also come from director Orlando von Einsiedel and producer Joanna Natasegara, who won an Oscar for their 2016 short film "The White Helmets."

"I couldn't be more excited for the journey ahead or prouder of the Invictus community for continuously inspiring global healing, human potential and continued service," Prince Harry said in a statement. He will serve as executive producer on the series and will appear on camera.

The Invictus Games Foundation will also be an executive producer and the project will "provide significant funding to the organization," according to Netflix.

"The Duke and Duchess of Sussex and the Archewell Productions team are building an ambitious slate that reflects the values and causes they hold dear," Ted Sarandos, co-CEO of Netflix, said in a statement on Monday. "From the moment I met them, it's been clear that the Invictus Games hold a very special place in their hearts, and I couldn't be happier that their first series for Netflix will showcase that for the world in a way never seen before."

The couple signed a multi-year production deal with the streaming company in September. It includes scripted series, docuseries, documentaries, features and children's programming. Financial terms were not disclosed.

Harry and Meghan are coming off a widely-viewed interview on CBS with Oprah Winfrey last month. The special, a cultural sensation that sparked news, conversation and even internet memes, averaged a staggering 17.1 million viewers in the United States.