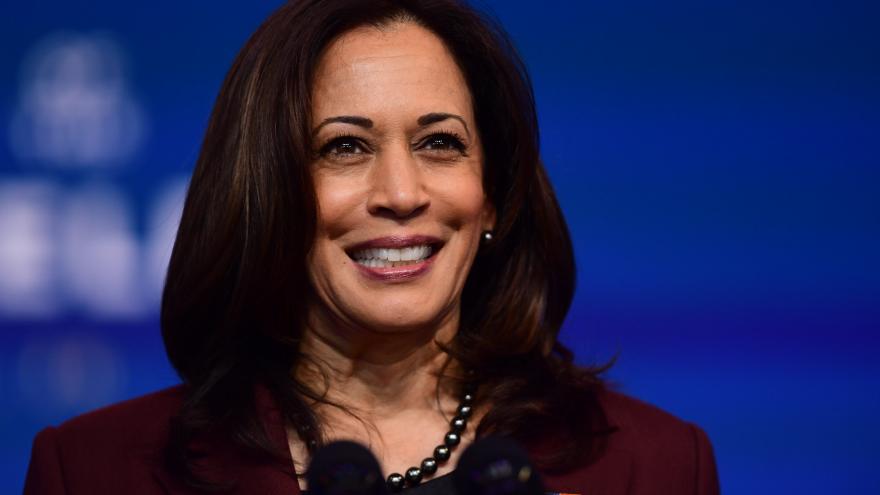 (CNN) -- Vice President Kamala Harris will officiate the wedding of New Mexico Gov. Michelle Lujan Grisham next month in Washington, DC, according to a statement from the governor's office.

Grisham will marry her fiancé, Manny Cordova, in a small ceremony at the Naval Observatory, where the vice president resides. The 19th-century home in northwest Washington has been the official residence of the vice president since Walter Mondale held the office, according to the White House.

"We're delighted to celebrate our wedding in front of family and close friends," Grisham and Cordova said. "Like so many New Mexicans, we've postponed family celebrations over the past two years during this pandemic. We feel fortunate to be with our loved ones in celebration of our marriage."

The couple will also celebrate their marriage in Northern New Mexico in late May, according to the statement.

The Associated Press was first to report Harris' role in the wedding.

After serving as the secretary of health under New Mexico Gov. Bill Richardson, Lujan Grisham was elected to Congress in 2012 before she opted to run for governor in 2018. She easily defeated Republican Steve Pearce in the general election and is seeking reelection this year.

Lujan Grisham was once a leading contender to join the Biden administration as head of the Department of Health and Human Services, but the role ultimately went to Xavier Becerra, California's first Latino attorney general.

News of her wedding comes after the White House announced that President Joe Biden and first lady Jill Biden will host a wedding reception at the White House this November for their eldest granddaughter, Naomi Biden. The White House reception is set for November 19; there is no word yet on where the nuptial ceremony will occur.