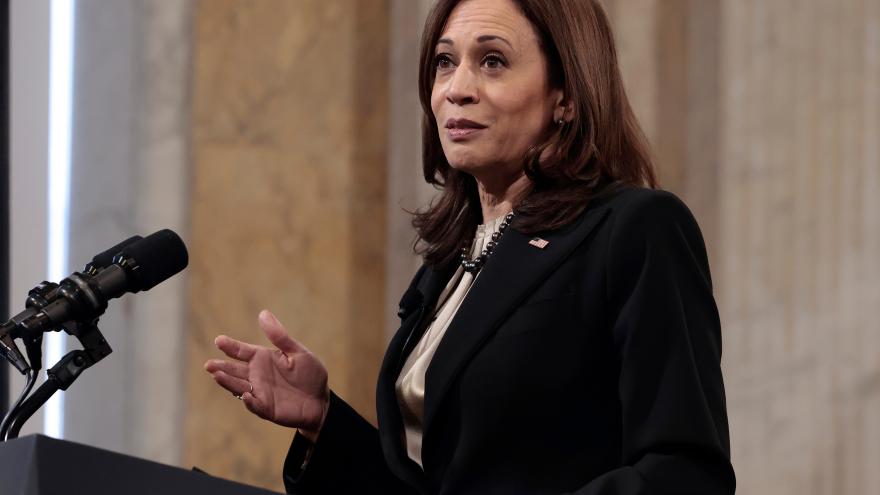 (CNN) -- Vice President Kamala Harris will travel to Selma, Alabama, on Sunday, where she will walk across the Edmund Pettus Bridge to mark the 57th anniversary of Bloody Sunday, a key moment in the civil rights moment.

Bloody Sunday commemorates when, in 1965, 600 people began a march from Selma, Alabama, to Montgomery, Alabama, demanding an end to discrimination in voter registration. At the Edmund Pettus Bridge, state and local lawmen attacked the marchers with billy clubs and tear gas, driving them back to Selma. Seventeen people were hospitalized and dozens were more injured by police.

The vice president will also meet with civil rights leaders and deliver remarks while in Alabama, according to the White House. She will be joined by Secretary of Housing and Urban Development Marcia Fudge, Secretary of Transportation Pete Buttigieg, Secretary of Education Miguel Cardona, Environmental Protection Agency Administrator Michael Regan, and Deputy Secretary of Veteran Affairs Donald Remy.

Harris, who is the first Black and first South Asian woman to hold the vice presidency, has attended previous anniversary events in Selma.

During virtual remarks at a commemoration service last year, she recalled joining the late Congressman John Lewis -- a civil rights icon who helped lead the 1965 march -- during the annual walk across the bridge three years earlier.

"I was with him on what would be his final walk across the Edmund Pettus Bridge. And I will hold that memory forever in my heart," Harris said.

During his State of the Union speech last Tuesday, the President reiterated his call on Congress to pass and send several key pieces of voting rights legislation to his desk to be signed into law, including the John Lewis Voting Rights Act. The bill is aimed at fighting voter suppression and updating portions of the Voting Rights Act, which was signed into law in the summer of 1965, months after Bloody Sunday.

However, despite the White House's efforts, Senate Democrats in January failed to pass a vote to change the chamber's filibuster rules -- essentially dashing their hopes to pass any federal, legislative interventions on voting rights before the 2022 midterm elections.