Harris to travel to Paris next month and meet with Macron 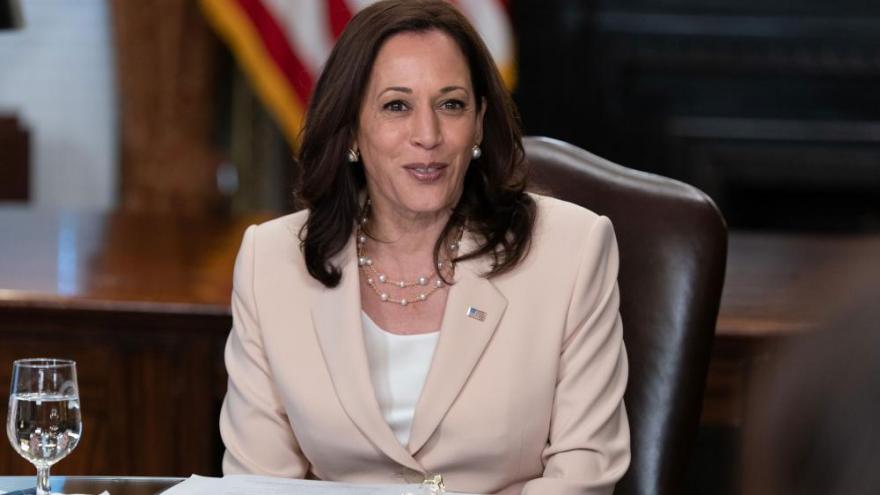 Vice President Kamala Harris will travel to Paris and meet with French President Emmanuel Macron next month, the White House announced on Friday.

While in France, Harris will deliver a speech at the fourth annual Paris Peace Forum on November 11 and participate in the Paris Conference on Libya on November 12.

When Harris meets with Macron, the White House said she "will discuss the importance of the transatlantic relationship to global peace and security and underscore the importance of our partnership on global challenges from COVID-19 and the climate crisis to issues affecting the Sahel and the Indo-Pacific."

Harris and Second Gentleman Doug Emhoff are also expected to commemorate Veterans Day and Armistice Day with a visit to the Suresnes American Cemetery to honor the bravery and sacrifices of those who fought and those who died in service of their country. The cemetery is the final resting place of American soldiers killed in both World War I and World War II.

The two leaders "reviewed ongoing efforts by their teams to support stability and security in the Sahel and to enhance cooperation in the Indo-Pacific," according to a White House statement of the call. "They also discussed efforts to enable a stronger and more capable European defense while ensuring complementarity with NATO."

The statement also confirmed that Biden will meet with Macron during the Group of 20 meeting in Rome. During the meeting the two leaders "will continue the conversation, take stock of the many areas of US-France cooperation, and reinforce our shared interests and common values as we take on challenges and opportunities together."

The call and the planned visit come weeks after France and the US sparred over a national security partnership between the US, United Kingdom and Australia that undercut France's deal to provide Australia with a nuclear-powered submarine.

In response to the partnership, France briefly recalled its ambassador to the US.

The two leaders' last publicly known call was in September -- the first time they'd spoken since the diplomatic crisis boiled over.

In the 30-minute call, Biden appeared to acknowledge missteps in how the United States approached the talks. A joint statement between the United States and France afterward said Macron and Biden "agreed that the situation would have benefited from open consultations among allies on matters of strategic interest to France and our European partners."