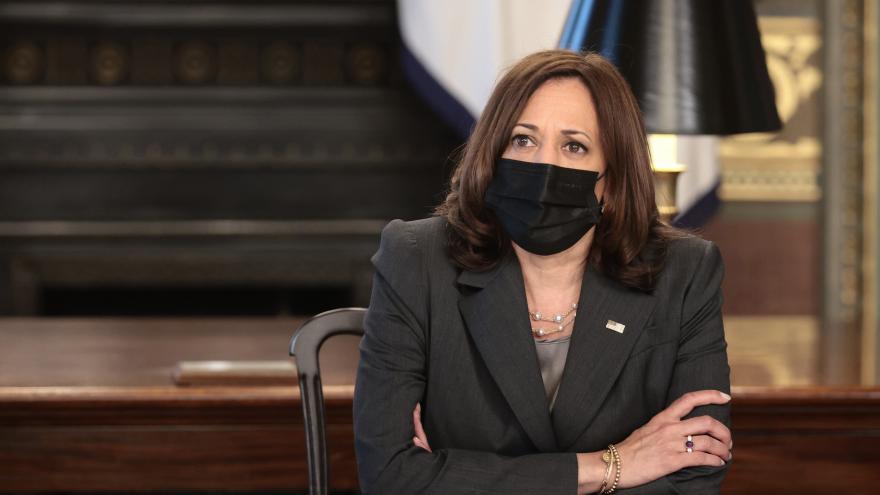 (CNN) -- When President Barack Obama's decision to scrap a planned missile defense system in the fall of 2009 left a pair of European allies feeling jilted, Vice President Joe Biden embarked on a three-day tour to coax relations back to health.

Twelve years later, Biden -- now the US President responsible for vexing another European ally -- is entrusting his vice president with a similar mission.

Arriving in Paris on Tuesday, Vice President Kamala Harris is setting off on a five-day effort to revitalize the French-American relationship less than two months after the longest American allies were blindsided by Biden's decision to help Australia develop nuclear submarines -- sinking France's own submarine deal with Australia in the process. The visit will also be Harris' first to Europe in her new role, a key diplomatic test for the vice president and an opportunity to burnish her foreign policy credentials after a rocky first foreign trip earlier this year.

Harris' trip to Paris comes on the heels of Biden's meeting with French President Emmanuel Macron on the sidelines of the G-20 conference in Rome, during which Biden acknowledged "clumsy" handling of the submarine affair. But while French officials have been heartened by the US rhetoric in recent weeks -- including on Macron's priority of bolstering European defenses -- French officials say they are still looking for concrete US actions to make amends.

"We're past the freefall phase and we're in the phase where we both have agreed to rebuild, but we're not quite clear yet what that looks like," said Barry Pavel, director of the Atlantic Council's Scowcroft Center for Strategy and Security who served as a senior director for defense policy at the National Security Council. "The President has already done step one ... but this is step two."

Nearly every aspect of Harris' visit is designed to showcase the enduring nature of the US-French alliance and the Biden administration's commitment to making amends. A visit to the Suresnes American Cemetery and Armistice Day commemoration will highlight the sacrifices of US and French troops during both world wars. Harris' appearance at the Paris Peace Forum -- an often-overlooked global summit launched by Macron in 2018 -- will make her the most senior US official to attend and appears to be a gesture of goodwill to the French President. And at five days, the length of Harris' trip also signals a seriousness of purpose.

"For Kamala Harris, this is concluding the crisis," said Gerard Araud, a former French ambassador to Washington. "It's concluding the reconciliation by this gesture of appreciation."

Senior administration officials previewing the trip said Harris will look to strengthen the Franco-American partnership in "concrete ways," but exactly how remains unclear.

When Biden headed to Poland and the Czech Republic in the fall of 2009 to massage those allies' concerns about the scrapped plans for a new missile defense system based in their countries, the then-vice president arrived with a concrete way to assuage the US's allies: a scaled-back missile defense system, which both countries bought into by the time he had returned to Washington.

A similarly clear-cut outcome will be harder to come by for Harris.

While Biden has affirmed "the importance of a stronger and more capable European defense" -- a central priority for Macron -- in recent joint statements, there's no indication that concrete actions to match that rhetoric are imminent.

Still, the visit presents a key test and opportunity for Harris on the world stage. Beyond a bilateral meeting with Macron at the Elysée Palace on Wednesday, the Vice President will also meet with other key European officials during a conference on Libya on Friday attended by Germany's Chancellor Angela Merkel and Italian Prime Minister Mario Draghi.

But Harris' trip will also be closely watched by her supporters and detractors alike, after her rocky handling of an interview during her first foreign trip to Mexico and Guatemala City in June overshadowed that trip.

That trip left White House officials perplexed as Harris struggled to answer a question that she should have anticipated about why she had not yet visited the US southern border.

Harris subsequently traveled to Singapore and Vietnam in August in the wake of the US' haphazard withdrawal from Afghanistan, where she faced questions about the withdrawal and sought to solidify the US commitment to bolstering it's influence in Asia.