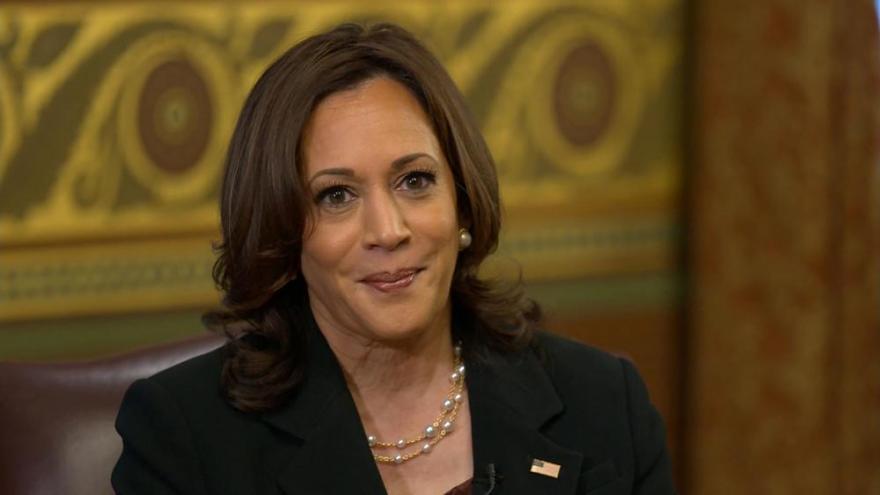 Harris was speaking just before a sequestered jury in Minnesota announced it had reached a verdict in the Chauvin trial.

"This verdict is but a piece of it," Harris told CNN's Dana Bash in an exclusive interview from the White House, her first solo sit-down interview with CNN since taking office. "And it will not heal the pain that existed for generations, that has existed for generations among people who have experienced and first-hand witnessed what now a broader public is seeing because of smartphones and the ubiquity of our ability to videotape in real time what is happening in front of our faces. And that is the reality of it."

The 12 jurors found Chauvin guilty of second-degree unintentional murder, third-degree murder and second-degree manslaughter in Floyd's death on May 25, 2020.

The White House has been monitoring the situation closely and aides were weighing how President Joe Biden and Harris would address its outcome.

Earlier in the day, Biden told reporters he was "praying the verdict is the right verdict" in the trial, going on to suggest there was "overwhelming" evidence in the case against Chauvin.

Harris, meanwhile, said the jury should focus only on the evidence in the case and not outside influences.

Harris sought to underscore the pain many Americans felt when watching the video of Floyd's death. And she said even if Chauvin is found guilty, the longstanding suffering of minority communities would still linger.

White House officials have said Biden is consulting with top advisers, including Harris, about the potential fallout from the trial, asking for input on the best way to respond to various outcomes.

In the interview on Tuesday, Harris declined to go into detail about her private counsel to the President on the matter. But she said she offered a viewpoint on issues that hasn't always been represented at the highest levels.

"It is often the case that as I will ask his opinion about things, he will ask my opinion. And through that process I think we arrive at a good place. Ultimately he is the President and he makes the final decision," she said.

She said the history-making nature of her role -- she is America's first female, first Black and first South Asian vice president -- lent her job a unique weight.