Harris rejects criticism over lack of border visit: 'And I haven't been to Europe' 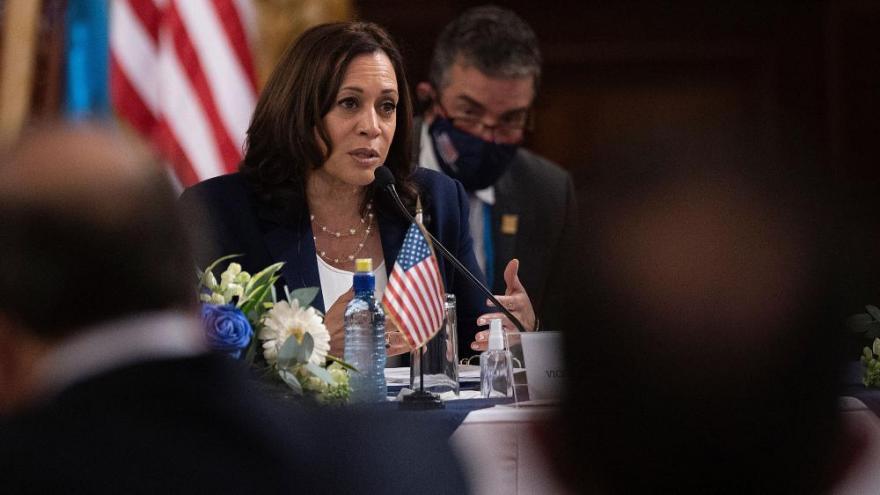 Vice President Kamala Harris pushed back on criticism that she hasn't visited the US-Mexico border in an interview aired on June 8 by arguing that her travel has been limited during the early days of the Biden administration.

(CNN) -- Vice President Kamala Harris pushed back on criticism that she hasn't visited the US-Mexico border in an interview aired on Tuesday by arguing that her travel has been limited during the early days of the Biden administration.

In an interview that took place in Guatemala during Harris' first foreign trip since taking office, NBC's Lester Holt asked Harris whether she had plans to visit the US Southern border.

Holt responded: "You haven't been to the border."

"I, and I haven't been to Europe. And I mean, I don't -- I don't understand the point that you're making," Harris said with a laugh. She added: "I'm not discounting the importance of the border."

Harris has been tasked by the President to lead efforts to stem the flow of migration from Central America, and has sought to clarify that managing the southern border is not part of that assignment. Her comments come as Republican critics have tried to make Harris the face of the Biden administration's response at the border, where a record number of unaccompanied children crossed into the US this spring.

Republicans criticized Harris for her answer, pointing to her laugh when answering the question as disrespectful.

"Many Americans living in border communities are afraid to leave their homes. Smugglers are abandoning children as young as 5-years old on the border. Fentanyl seizures are increasing across the country," said Tommy Pigott, rapid response director for the Republican National Committee, in a news release. "Yet, Biden and Harris continue to fail the American people."

Harris is facing the first major diplomatic test of her vice presidency, and her trip to Guatemala and Mexico underscores the Biden administration's heightened focus on Central America and migration from the region.

White House press secretary Jen Psaki said Tuesday she expects Harris will travel to the border "at some point," but said the vice president is currently focused on addressing root causes of migration in Central America.

"What her focus has been, what the assignment is specifically, is to work with leaders in the Northern Triangle. She's on a trip doing exactly that, exactly what the President asked her to do," Psaki said.

Psaki said: "Her focus of this trip is on meeting with leaders, having a discussion about how to address corruption, how to address the root causes, how to work together to address humanitarian challenges in these countries. That's exactly what she's doing on the ground and I'm sure she'll report back to the President when she returns."

The vice president met with Guatemalan President Alejandro Giammattei on Monday, and on Tuesday flew to Mexico to meet with Mexican President Andrés Manuel López Obrador.

Harris said Tuesday she believed the US and Mexico were "embarking on a new era" during her meeting with López Obrador and touted the longstanding relationship between their two bordering nations.

The vice president is expected to focus on economic development, climate and food insecurity and women and young people during her trip to the region, according to her staff. In Guatemala, the vice president met Guatemalan community leaders, innovators and entrepreneurs and greeted and thanked US embassy staff. In Mexico, Harris will participate in a conversation with female entrepreneurs, hold a roundtable with labor workers and greet US mission Mexico staff.

Biden tasked Harris with the politically fraught assignment in March, and one official previously told CNN Harris is "really picking up" from where Biden left off, after he was tasked by then-President Barack Obama to lead diplomatic efforts in Guatemala, Honduras and El Salvador in his last term, following a surge of unaccompanied minors from those countries arriving in the US.

The vice president and her staff have made it clear that they want to focus narrowly on diplomatic efforts in Mexico and the Northern Triangle countries of Guatemala, Honduras and El Salvador, where they believe they are more likely to achieve tangible results in addressing the root causes of migration, like economic despair, according to two White House officials familiar with the dynamic.

This story has been updated with additional reporting on Tuesday.