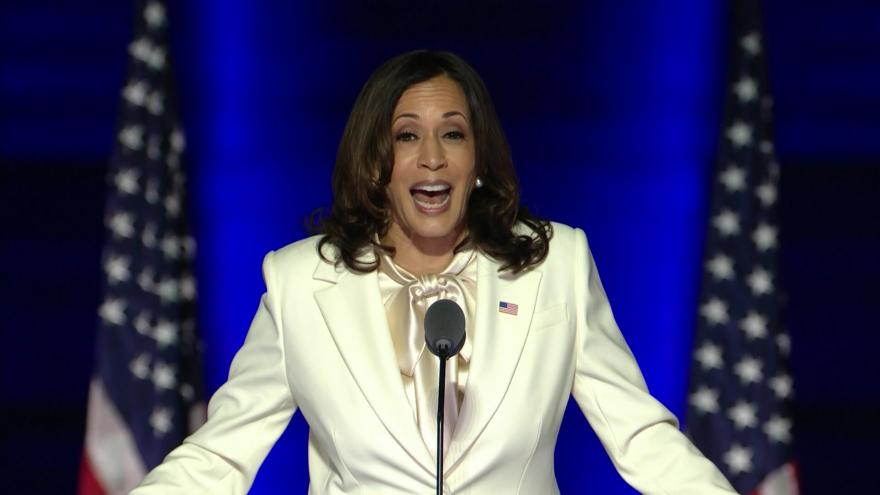 Vice president-elect Kamala Harris is paying tribute to the women, particularly Black women, whose shoulders she stands on as she shatters barriers in American politics.

Harris addressed the nation as the next vice president on Saturday. She is the first woman to be elected vice president in America, but she says she will not be the last.

The 56-year-old California senator is also the first Black woman and first person of Indian heritage elected to the vice presidency.

She wore a white pantsuit on stage in tribute to women's suffrage.

While I may be the first woman in this office, I will not be the last—because every little girl watching tonight sees that this is a country of possibilities.