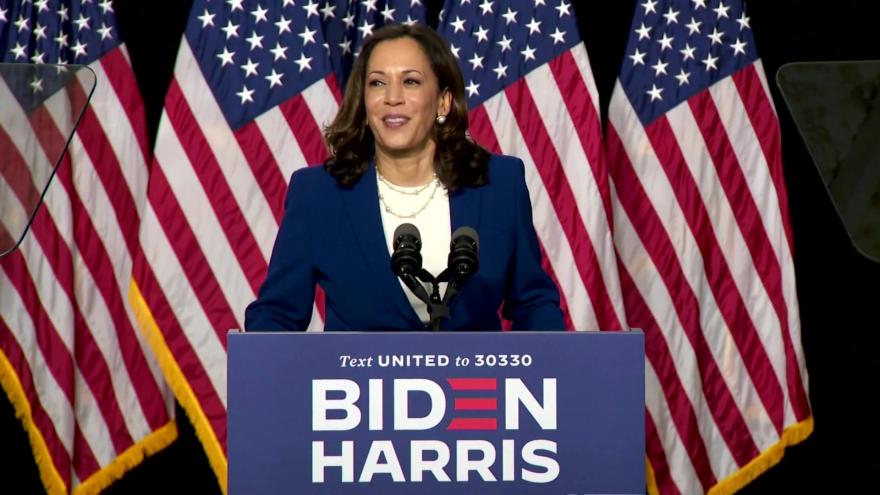 WASHINGTON (AP) — Kamala Harris has been formally nominated as Democrats' pick for vice president, becoming the first Black woman to do so for a major political party.

The 55-year-old California senator ran unsuccessfully in the Democratic presidential primary, dropping out months before the first votes were cast.

Joe Biden emerged on top of the once-crowded primary field, clinching the nomination and tapping Harris as his running mate last week.

By joining the party's ticket, Harris also becomes just the third woman and first Asian-American to seek the vice presidency. She is a daughter of Jamaican and Indian immigrants.

A former state attorney general, Harris became close to Biden's son Beau while he was attorney general of Delaware. Beau Biden died of brain cancer in 2015, and Harris was elected to the Senate the following year.