Harris and Emhoff recall first date: 'It felt like we had known each other forever' 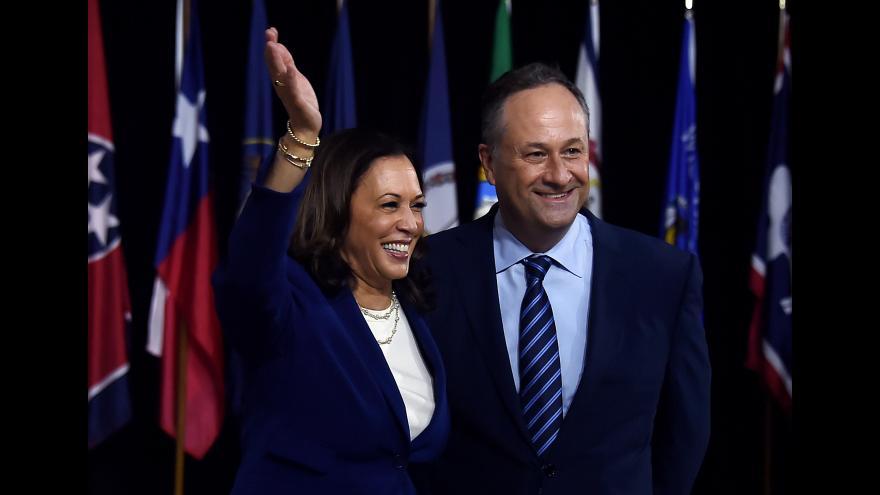 Vice President-elect Kamala Harris and her husband Douglas Emhoff, seen here in Wilmington, Delaware, on August 12, 2020, recall their first date: "It felt like we had known each other forever."

(CNN) -- Vice President-elect Kamala Harris and her husband Doug Emhoff recalled their first date in a rare joint interview with CNN's Abby Phillip, for a CNN special report airing Sunday on the barrier-breaking vice president and her historic career.

In a short clip that aired Friday, Harris and Emhoff, who have been married for more than six years, spoke of their first date and subsequent weeks courting, with Emhoff saying he broke every rule of dating.

Harris was California's attorney general when she was set up on a blind date with Emhoff by a mutual friend, who had met Emhoff in 2013 for legal advice and was "impressed" with the former Hollywood entertainment lawyer.

Emhoff texted with Harris the same day that the friend suggested they be set up, and the two soon spoke over the phone "laughing the whole time," Harris said. They went on their first date shortly after.

"It felt like we had known each other forever," after their first date, Emhoff, who will break a barrier himself as the first male spouse of a vice president, told CNN.

"I didn't want it to end. And so the next morning, I pulled the move of emailing her with my availabilities for the next four months, including long weekends," he said. "And I said something like, 'I'm too old to hide the ball. You're great. I want to see if we can make this work. Here's when I'm available next.' And I guess it worked."

Harris jokingly said of her reaction at the time, "I was terrified."

Emhoff proposed to Harris in 2014 and the couple was married at the Santa Barbara, California, courthouse later that year.

Harris' sister Maya, who officiated their wedding ceremony, told CNN she knew Doug was the right one for Kamala "when I saw how he made her laugh. Because one of the things that Mommy used to always say is life will have its ups and downs, so you make sure that you find a life partner who makes you laugh."

Harris, a Democratic senator from California, will make history on January 20 as the first woman, the first Black person and the first person of South Asian descent to assume the office of vice president.