Hanukkah celebrations shine a light after a year of adversity 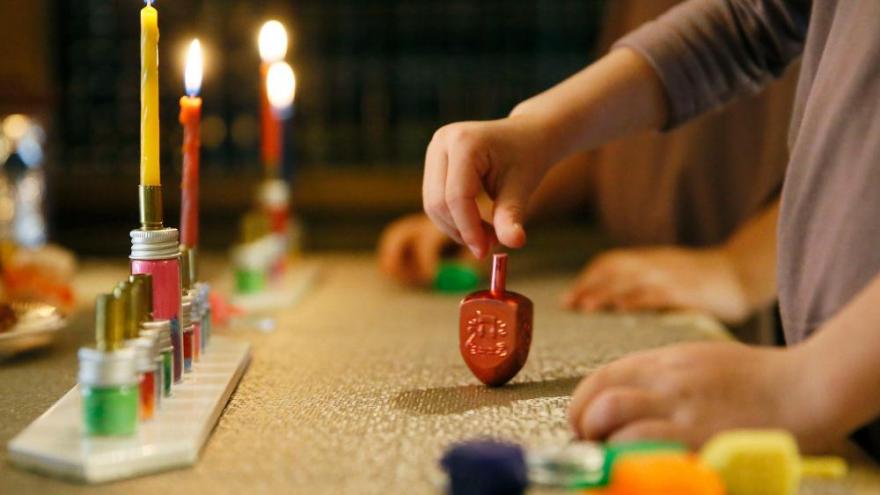 Hanukkah in 2021, will be celebrated from sundown on November 28 to sundown on December 6.

(CNN) -- Celebrating Hanukkah, the Festival of Lights, is a bright spot for Jewish people after nearly two years of living in a pandemic. Over 5.1 million people have died worldwide from Covid-19, but rising vaccination numbers have allowed a mixture of virtual and in-person events this year.

The ancient Hebrew calendar determines when Hanukkah is celebrated -- not the Gregorian calendar -- which is why the dates change from year to year. In 2021, the holiday will be celebrated from sundown on November 28 to sundown on December 6. The holiday often falls around Christmas, but the two have nothing in common.

The ancient ruler King Antiochus IV abolished Jewish religion and forced Jews to worship the Greek gods. The Maccabees, an army made up of followers of priest Mattahias and his son Judah Maccabee, rose up and pushed out King Antiochus IV. The Jews reclaimed the temple in the 160s BC, which is what the holiday honors.

A light in the darkness

"I would encourage folks to connect to their inner light, making room for self-reflection and growth," Rudkin said.

Rudkin volunteers at The Friendship Circle of Pittsburgh, a Jewish community-based group that works to enrich the lives of youth and adults in the Pittsburgh area.

Rudkin's family celebrations have also changed due to the pandemic. She usually makes latkes, which are fried potato pancakes, with her family, and then invites friends over to share the food.

"My dad would have us hand-grating potatoes really until our fingers would bleed," Rudkin said.

Last year, she decided not to invite friends over, but she still made latkes with her parents at home.

Jewish people traditionally fry their latkes in oil to commemorate the miracle of the Maccabees' long-burning oil.

In 2019, New York City resident Lisa Gaetjens' family threw a party for dozens of family and friends filled with traditional foods like latkes and sufganiyot, which are fried jelly doughnuts.

Her family decided to transition their party online last year, which was a smaller affair.

"It's very disappointing to not be able to physically be with our families for this holiday, but it's also the best option," Gaetjens said.

Her mother-in-law coordinated food to be delivered to each attendee's home so everyone could enjoy the same meal together.

Meyerson believes that Jewish people are prepared to celebrate online because they had to do it early on in the pandemic. "When Passover was around and we had to celebrate in isolation, I reminded folks that actually the first Passover was also celebrated in a type of quarantine," Mlotek said.

In the Bible, Mlotek said, the angel of death swept over Jewish homes, but because they marked their homes and stayed inside, they were safe.

As a grandchild of Holocaust survivors, Mlotek is no stranger to darkness and despair. He hopes to reach a larger audience of current and future generations of Jewish people to celebrate life and Hanukkah this year.