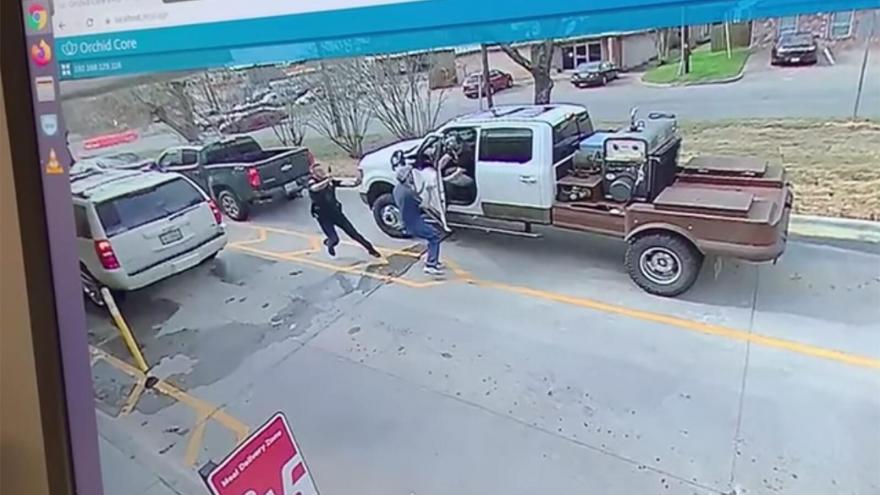 A Jacksonville, Texas, police officer chases a suspect, who ran into a customer's door in a Chick-fil-A drive-through.

(CNN) -- A quick-thinking customer at a Chick-fil-A drive-thru used the door of his truck to help police catch a fleeing suspect, authorities said.

Police in Jacksonville, Texas, said that officers were attempting to stop a man in a stolen vehicle on Wednesday when he took off on foot, according to a post on the department's Facebook page.

The suspect ran into the Chick-fil-A parking lot with the officers in hot pursuit.

Surveillance video of the incident shows the customer opening the door of his truck an instant before the suspect ran by.

The suspect ran right into the door and appeared to lose his balance and stumble into another vehicle in the line as he was caught by the trailing officer.

"The suspect was quickly apprehended after the 'HANGRY' (but helpful) citizen reminded the suspect as to why you should never run from the police," the department wrote in its post.

They did not say what charges, if any, the suspect faces.

The customer was not identified, but several commenters on the post suggested that he deserved free Chick-fil-A for his service.