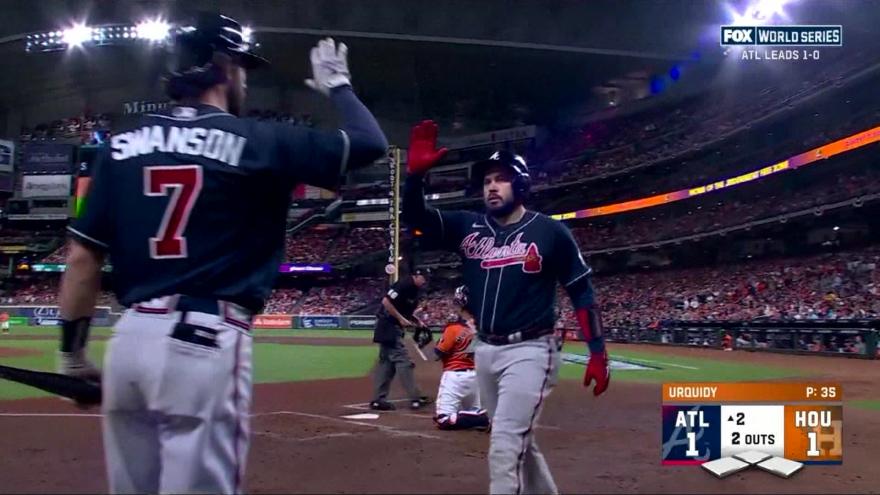 HOUSTON (AP) — The Atlanta Braves have won their first World Series championship since 1995, hammering the Houston Astros 7-0 in Game 6.

Consider it a tribute to the greatest Braves player of them all, Mr. Hank Aaron.

The Hall of Fame slugger died Jan. 22 at 86, still rooting for his old team, and his legacy was stamped all over this Series.