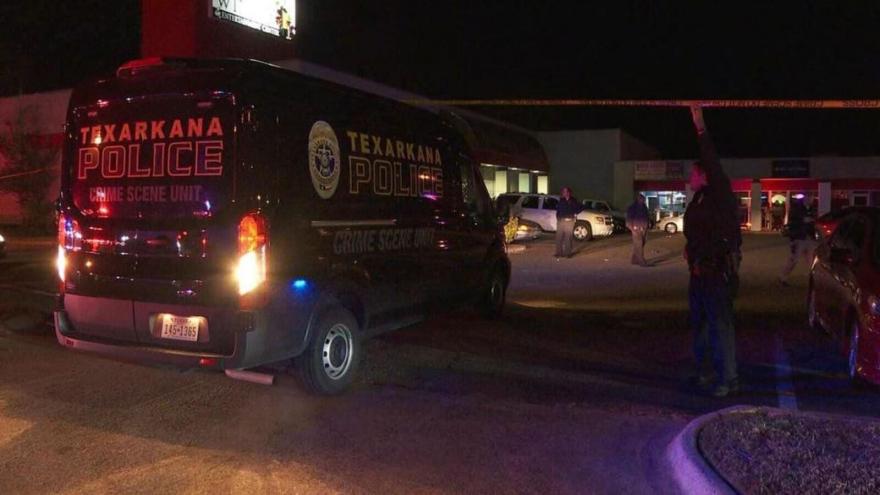 A shooting at a Halloween party in Texarkana, Texas, left one person dead and nine others injured.

(CNN) -- A shooting at a Halloween party in Texarkana, Texas, left one person dead and nine others injured, the Texarkana Police Department said Sunday.

Officers responded to reports of a shooting at Octavia's Activity Center in the 2300 block of Texas Boulevard shortly before midnight and "encountered a large number of people running from the building and several inside suffering from gunshot wounds," the Texarkana Police Department said in an earlier statement on Facebook. Texarkana is about 180 miles east of Dallas.

A suspect turned himself in to police Sunday after a warrant was issued for his arrest, the police department said in a later Facebook post. He was charged with felony aggravated assault, and more charges are expected to be filed Monday, the post said.

At the time of the shooting, a few hundred people were inside the venue, police said.

One 20-year-old man died shortly after being admitted to the hospital, police said in a statement. His name is being withheld until family can be notified.

The other nine victims' injuries do not appear to be life-threatening, police said.

The suspect is believed to have fled the scene in an unknown vehicle.

"While the motive is still unknown, the preliminary investigation indicates that it may (have) been the result of some type of disturbance among some of the partygoers," police said.

Correction: An earlier version of this report had the incorrect name of the facility where the shooting occurred.