Half of US states lack most basic protections for LGBTQ people, report finds 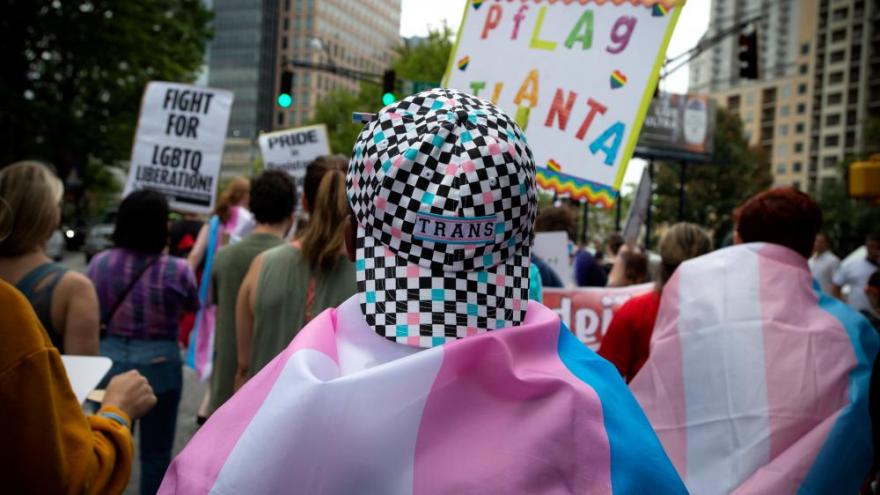 Half of US states fail to offer basic protections for LGBTQ people. Supporters of Georgia's transgender and non-binary community stroll through the city's Midtown district during Gay Pride Festival's Transgender Rights March in Atlanta on October 12, 2019.

(CNN) -- Half of US states fail to offer basic protections for LGBTQ people, according to a report by the country's largest LGBTQ advocacy group.

This year's report, which organized states into four categories based on their anti-discriminatory statutes, determined that there are 25 states in the lowest-ranked category, dubbed "high priority to achieve basic equality."

"We have seen an increase in the number of states that are providing comprehensive protection," Alphonso David, president of HRC, told CNN. "Yet, it is important to highlight that half of all Americans live in states that lack those protections."

Improvements are being made

The report signaled a slight improvement from 2019, when two more states, Kansas and Virginia, were included in the lowest category. Since then, Kansas has moved up one category to "building equality," while Virginia, after a year of landmark LGBTQ legislation, moved up two categories to "solidifying equality."

In April 2020, Virginia became the first state in the South to pass non-discrimination protections for LGBTQ people in housing, employment and public spaces after Governor Ralph Northam signed the Virginia Values Act.

Advocacy efforts in Virginia also led to the protection of youth from conversion therapy, the inclusion of a non-binary gender marker on state IDs, the inclusion of sexual orientation and gender identity for hate crime protections and a repeal of the ban on same-sex marriages and unions from the Virginia Code.

The report's highest-ranked category, "working toward innovative equality," includes 19 states with a range of LGBTQ protections already in place. Advocates in these states -- including New Hampshire and Hawaii ---- focus on innovative legislation to support the needs of vulnerable populations, the report said.

After a year that saw the most anti-transgender bills ever filed in one legislative session, the report predicts that transgender discrimination will persist through 2021.

Between 2019 and 2020, bills targeting transgender people nearly tripled, according to the report. That included attempts to ban trans participation in school sports and access to affirming healthcare.

"Unfortunately, we are seeing an increase in anti-LGBTQ bills," David said, adding that HCR has helped defeat over 700 anti-LGBTQ bills in the last five years. "This is not a surprise, because every time we see dramatic improvements or shifts -- or, I should say, when we win elections, or when there are significant Supreme Court decisions -- there's a backlash."