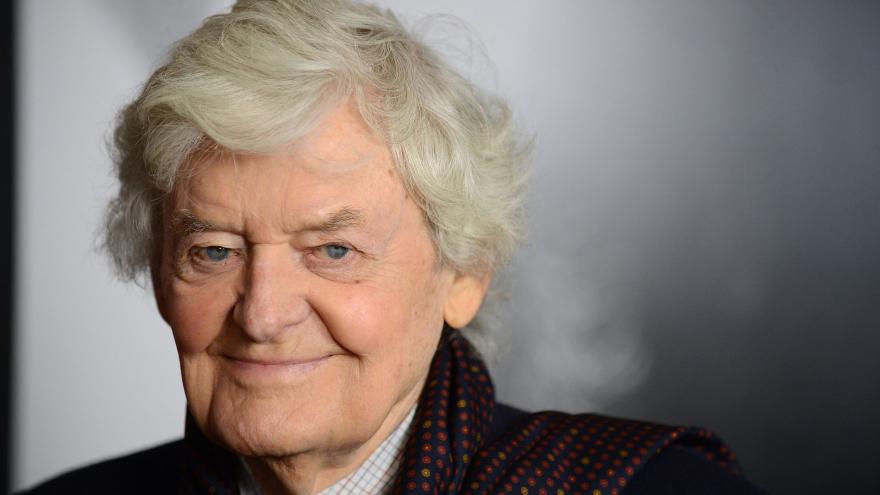 Holbrook portrayed iconic author Mark Twain in one-man shows for more than six decades, winning a Tony Award for best actor in 1966 for his role in "Mark Twain Tonight!" which he also directed.

He performed the show across the country and in Europe, becoming synonymous with the famed humorist.

Born in Cleveland, Ohio, to a vaudeville performer mother and shoe salesman father, Holbrook and his siblings were raised by his grandparents in South Weymouth, Massachusetts.

Sent to boarding school as a youngster, and later military school, he found solace in the costumes and characters he portrayed in drama club.

Holbrook first got the idea to do the Twain show after portraying the author as part of an honors project as a drama major at Denison University in Granville, Ohio.

While serving in the Army during WWII, he performed in amateur theater productions, including "Madam Precious" while being stationed in Newfoundland.

It was there he met his first wife, actress Ruby Johnston, whom he married in 1945.

Back home, Holbrook landed a steady acting gig on the daytime soap opera "The Brighter Day" and continued to perform his Twain show.

Ed Sullivan later caught a performance of it and invited Holbrook to appear on his variety show in 1956.

Holbrook's career on stage and screen was prodigious.

He made his Broadway debut in 1961 in "Do You Know the Milky Way?" and the Great White Way would become a familiar home for him as he appeared in numerous productions over the years, including "Man of La Mancha," "An American Daughter" and -- of course -- "Mark Twain Tonight."

He broke ground on the small screen with the 1972 television movie "That Certain Summer" in which he played a divorced father who comes out as a gay man.

Holbrook appeared in various other TV productions like the NBC miniseries "Lincoln," which won him an Emmy in 1976, and the 1980s sitcom "Designing Women," which starred his then wife, Dixie Carter.

His marriage to first wife ended in divorce in 1965. The following year, he married actress Carol Eve Rossen.

They divorced in 1983 and in 1984 he married Carter and remained married to her until her death due to complications from endometrial cancer in 2010.

He found success in films as well.

Holbrook's role as "Deep Throat" in the 1976 political film "All the President's Men" gave the public something to hang their hat on as the actual source who advised Washington Post journalist Bob Woodward (played by Robert Redford in the film) in what would become the Watergate scandal.

In 2008, his Oscar nomination for best supporting actor for his role as a retired widower in "Into the Wild" made the then 82-year-old Holbrook the oldest performer to ever be nominated in that category at the time.

But it was Twain who Holbrook returned time and time again.

"I'm an actor, and that's all I've ever been," Holbrook told the San Luis Obispo Tribune In 2016. " But I'll tell you one thing: Mark Twain has been my education. He has taught me more than I ever learned in college."