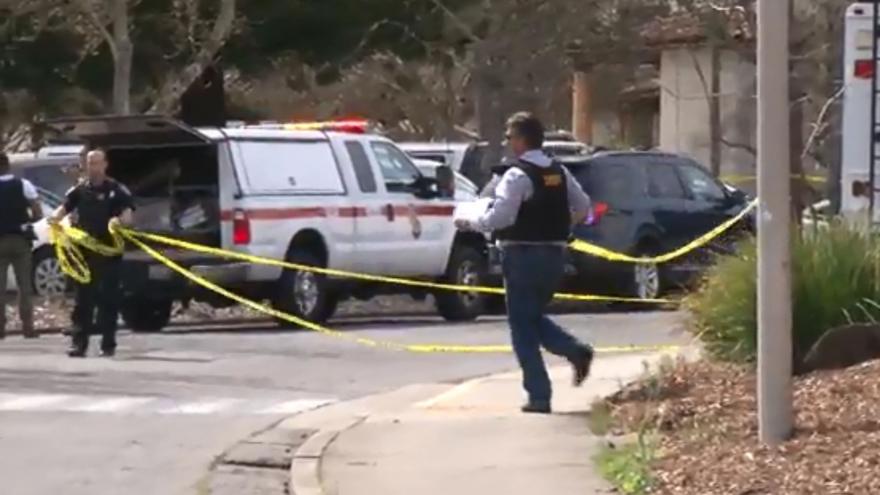 YOUNTVILLE, Calif. (AP) — The Latest on an armed man at a veterans home in Northern California (all times local):

An armored police vehicle, ambulances and several firetrucks could be seen at the scene.

California Highway Patrol Officer John Fransen confirms that there is an active shooter at the Veterans Home in Yountville, north of San Francisco.

He tells KTVU-TV the property of the large veterans home was evacuated after a man with a gun was reported on the grounds. He says officers are working to establish a secure perimeter around the facility and make sure others are safe.

The Yountville facility is the largest veterans' home in the United States, with about 1,000 residents.

Yountville is in Napa Valley, the heart of Northern California's wine country.

Police closed access to the large veterans home in Yountville after a man with a gun was reported on the grounds.

The Napa County Sheriff's Department issued an alert to residents at 10:30 a.m. Friday warning them to avoid the area because of "activity at the Veterans Home in Yountville."

The Napa Valley Register reported that a man wearing body armor and armed with an automatic weapon entered the home.

The sheriff's department did not immediately respond to a telephone call from The Associated Press.

The state Veterans Affairs department says it is the largest veterans' home in the United States, with about 1,000 residents.