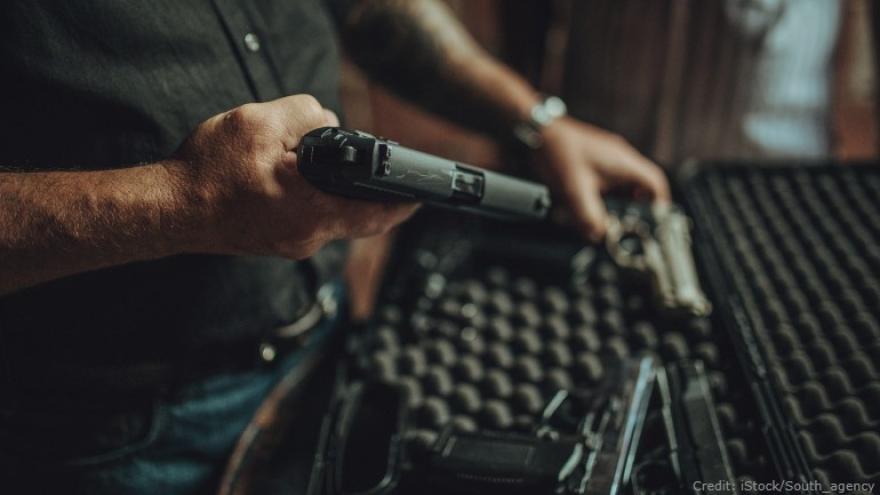 It's not unusual for gun sales to spike when a Democrat wins the White House. The election and re-election of Barack Obama in 2008 and 2012 were both followed by gun sale surges.

But NSSF spokesman Mark Oliva said President Joe Biden's 2020 campaign rhetoric about banning AR-15s and requiring gun owners to register their weapons to comply with the National Firearms Act has left some gun owners more fearful that their ability to buy guns and ammunition may soon be curtailed.

"They're going to act while they can to be able to buy what they want," Oliva told CNN Business. "It can't be discounted that many of these background checks for the purchase of a firearm are attributed to threats by the Biden administration to enact the most radical and far-reaching gun control agenda ever proposed."

"I think there's still concerns for safety," he said. "There's people who fear they're not going to be able to provide their own safety."

Brandon Wexler, 51, owner of Wex Gunworks, in Delray Beach, Florida, said gun sales at his store have been "off the wall" since the pandemic began last March, but purchases peaked in early January when customers expressed anxiety about Biden's inauguration.

"I think that there was fear of social unrest because of the supporters on both sides of the fence," Wexler told CNN Business. "Fear increased demand. Demand increased sales."

The record-setting January follows a record-setting year for US gun sales. Anxiety over the Covid-19 pandemic and nationwide civil unrest following the police killing of George Floyd caused an unprecedented surge in first-time gun ownersin 2020.

Both Oliva and Wexler said they expect continued attempts to increase gun control will lead to continued increases in gun sales under Biden.

"Obama was the best gun salesman in the country," Wexler said. "Covid was the next best. And now I think Joe Biden is going to be the ultimate gun salesman."