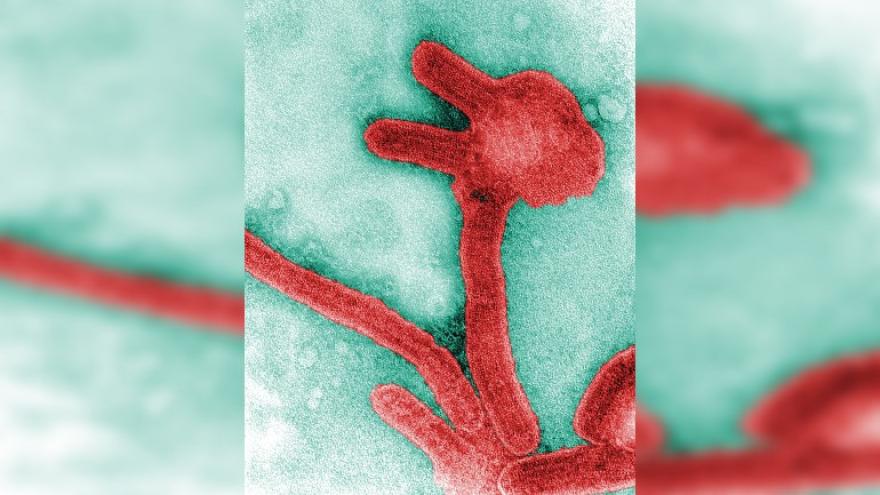 (CNN) -- A patient with the rare, but highly infectious Marburg virus disease has died in Guinea, according to a World Health Organization (WHO) statement on Monday. It's the first case of the Ebola-like virus in West Africa.

Samples of the virus, which causes hemorrhagic fever, were taken from the patient in Gueckedou. The statement added that the detection comes less than two months after Guinea declared an end to its most recent Ebola outbreak.

"Gueckedou, where Marburg has been confirmed, is also the same region where cases of the 2021 Ebola outbreak in Guinea as well as the 2014--2016 West Africa outbreak were initially detected," according to the WHO statement. "Samples taken from a now-deceased patient and tested by a field laboratory in Gueckedou as well as Guinea's national haemorrhagic fever laboratory turned out positive for the Marburg virus. Further analysis by the Institut Pasteur in Senegal confirmed the result."

Health authorities on Monday were attempting to find people who may have had contact with the patient as well as launching a public education campaign to help curb the spread of infection.

An initial team of 10 WHO experts are on the ground to probe the case and support Guinea's emergency response.

"We applaud the alertness and the quick investigative action by Guinea's health workers. The potential for the Marburg virus to spread far and wide means we need to stop it in its tracks," Dr. Matshidiso Moeti, WHO regional director for Africa, said in the statement.

According to WHO, the virus is transmitted to humans from fruit bats and can then be spread human-to-human through direct contact with the bodily fluids of infected people or surfaces and materials contaminated with these fluids. There are no vaccines or antiviral treatments to treat Marburg; however, there are treatments for specific symptoms that can improve patients' chances for survival.

"Case fatality rates have varied from 24% to 88% in past outbreaks depending on virus strain and case management," the statement said. "In Africa, previous outbreaks and sporadic cases have been reported in Angola, the Democratic Republic of the Congo, Kenya, South Africa and Uganda."

Marburg virus was first identified in 1967, when 31 people became sick in Germany and Yugoslavia in an outbreak that was eventually traced back to laboratory monkeys imported from Uganda. Since then the virus has appeared sporadically, with just a dozen outbreaks on record. Many of those involved only one diagnosed case.