Grumpy Cat, the grouchy-faced furball that launched a thousand memes, is dead 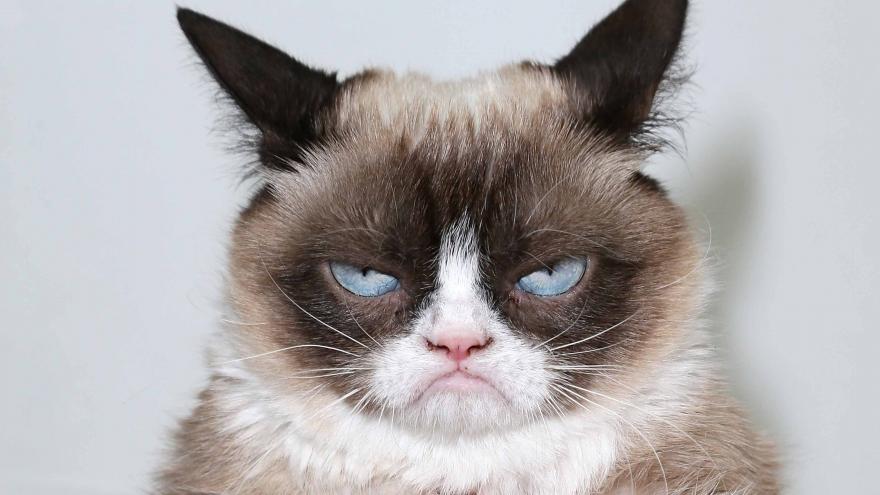 (CNN) -- Grumpy Cat, arguably the internet's most popular cat and one of its first viral memes, has died aged 7.

The furry sensation's family announced her death on Twitter on Friday.

"We are unimaginably heartbroken to announce the loss of our beloved Grumpy Cat," Tabatha Bundesen, Grumpy Cat's owner, said.

"Despite care from top professionals, as well as from her very loving family, Grumpy encountered complications from a recent urinary tract infection that unfortunately became too tough for her to overcome. She passed away peacefully on the morning of Tuesday, May 14, at home in the arms of her mommy, Tabatha.

"Besides being our baby and a cherished member of the family, Grumpy Cat has helped millions of people smile all around the world -- even when times were tough. Her spirit will continue to live on through her fans everywhere," Bundesen, who lives in Morristown Arizona, wrote.

She became an internet celebrity in September 2012, when Tabatha's brother Bryan posted photos showing her in all her disgruntled glory on the r/pics sub-Reddit.

Users on the platform immediately reacted by posting countless Photoshopped variations on the original, while the photo's Imgur page reached 1,030,000 views in its first 48 hours.

On the same day, the Bundesen family posted video clips of Tardar Sauce on YouTube, which racked up millions of views.

"It was suggested that the original photo was Photoshopped, so we posted a few videos on YouTube," the owners said on the official Grumpy Cat website.

Her popularity was sealed by her participation at the South by Southwest Interactive (SXSW) festival in Austin, Texas. People stood in line for hours to get their pictures taken with her, while she mostly ignored her fans. CNN, among others, called her the festival's biggest star.

Grumpy Cat became such a cultural phenomenon that she inspired art projects, perfumes, merchandise, Skechers shoes, comics and even a "Grumppuccino" coffee.

She was also the official "spokescat" for Friskies, and appeared on several US TV shows, including Today and Good Morning America.

Last year, US coffee company Grenade was ordered to pay the Bundesens $710,000 for exceeding an agreement to use her image.