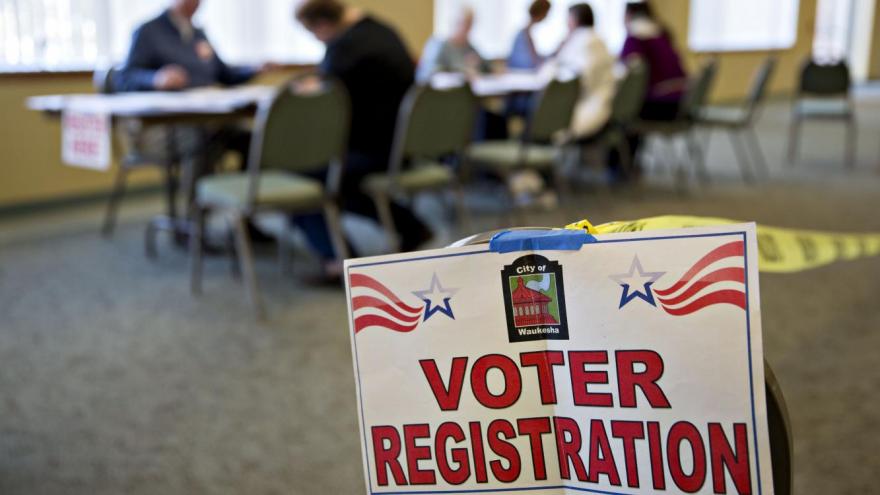 A conservative law group is calling on a judge to hold Wisconsin election officials in contempt of court for failing to abide by a court-ordered removal of thousands of voters from the state's rolls.

WISCONSIN (CNN) -- A conservative law group is calling on a judge to hold Wisconsin election officials in contempt of court for failing to abide by a court-ordered removal of thousands of voters from the state's rolls.

The Wisconsin Institute for Law and Liberty (WILL) has asked that members of the Wisconsin Election Commission be fined $2,000 a day until the voters are removed.

At issue is the commission's lack of action over the court order to remove roughly 200,000 outdated voter registrations from Wisconsin's rolls. The commission is appealing the order, which was issued by Ozaukee County Judge Paul Malloy last month.

At a special meeting earlier this week, the six officials who sit on the commission voted on whether to move forward with the removal now and not wait for a decision on its appeal. The vote was split on party lines, commission spokesman Reid Magney said on Monday, with the three Republicans voting to move forward and the three Democrats voting in favor of waiting on a ruling on the appeal.

The tie meant that the commission would not take any action now and would "await further direction from the Court of Appeals and the Supreme Court of Wisconsin," the commission said. "When those courts provide direction, the Commission will hold another meeting to discuss action to comply with the ruling."

That led to WILL, which filed the original complaint with the commission and subsequent lawsuit, to file a contempt of court motion on Thursday.

"Court orders are not optional. It is astonishing to observe the Wisconsin Elections Commission act as if they are," Rick Esenberg, the president of WILL, said in a statement released Thursday.

Malloy has scheduled a January 13 hearing on WILL's request, according to Collin Roth, a spokesman for the group.

Magney noted that the court order didn't set a deadline for the removal of voters and explained that, due to the pending court decision, the commission was within its right to not take action.

The contempt of court motion is the latest action in the ongoing saga to update Wisconsin's voter rolls heading into this year's presidential election. In a state viewed as a battleground, the removal of roughly 200,000 voters from its rolls could have major implications. In 2016, Donald Trump won Wisconsin's 10 electoral votes by less than 23,000 votes to defeat Hillary Clinton.

This battle was sparked when WILL initially filed a complaint with the commission in October, arguing that state law requires the commission to remove from the active voting rolls voters who hadn't responded to a recent mailing, made as part of a regular effort to update rolls, within 30 days. The commission dismissed the complaint, leading to WILL filing a lawsuit against the commission in November.