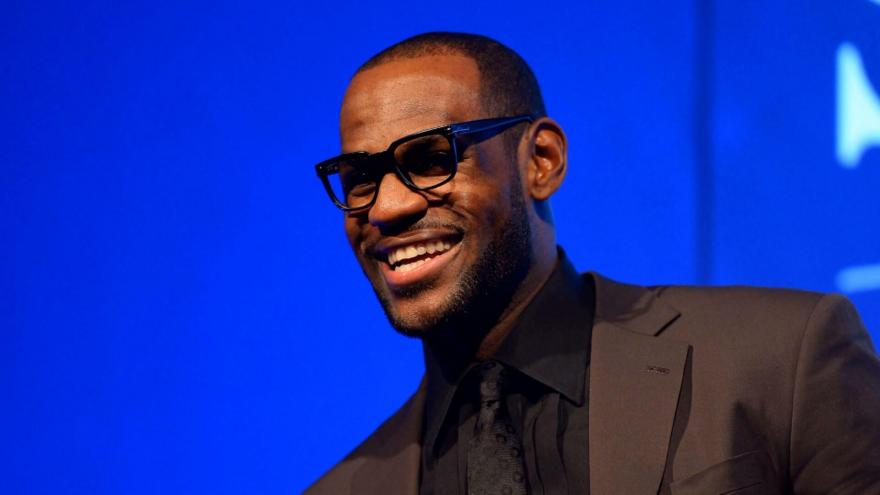 The campaign, "Protect Our People," is being spearheaded by James' More Than a Vote, a voting rights organization; and Uninterrupted, an athlete empowerment brand.

"We can't lose the momentum of last summer," reads a tweet from Uninterrupted. "We need real solutions to stop police brutality."

This campaign comes on the heels of another that the group started in March named "Protect Our Power," which focuses on fighting voter suppression across the country. More Than A Vote was formed last year after the killings of George Floyd and Breonna Taylor to leverage the collective voices of athletes in the fight against systemic racism, reads the organization's press release.

"More Than A Vote is stepping up its criminal justice reform work because 2020 proved that when athletes speak out about the issues that matter to them, people listen," spokesman Michael Tyler said in a press release. "The Protect Our People campaign will replicate the successful model of harnessing athlete activism in electoral politics and apply it to the ongoing fight to move public opinion and change criminal justice policies that regularly victimize Black communities."

The campaign had a soft launch in May on the anniversary of Floyd's death. On Monday, it officially kicked off with a segment of HBO's "The Shop," a show produced by James and business partner Maverick Carter. HBO is also part of CNN's parent company, Warner Media.

"We need systemic change that holds the police accountable," reads a tweet from Uninterrupted. "The George Floyd Justice in Policing Act won't solve everything -- but it's a first step."

The proposed law was named in honor of Floyd, whose death in police custody sparked nationwide calls to overhaul policing and address racial injustice. The measure passed the House of Representatives in March but is stalled in the Senate. The campaign's first goal is to see it is passed. Organizers are urging citizens to pressure lawmakers.

"Taking down statues, wearing Black Lives Matter T-shirts ... that's all crumbs," said Cloud during the segment. "We want the whole meal. A meal is passing laws. It's passing this bill. It's putting in real legislation that can change our country."