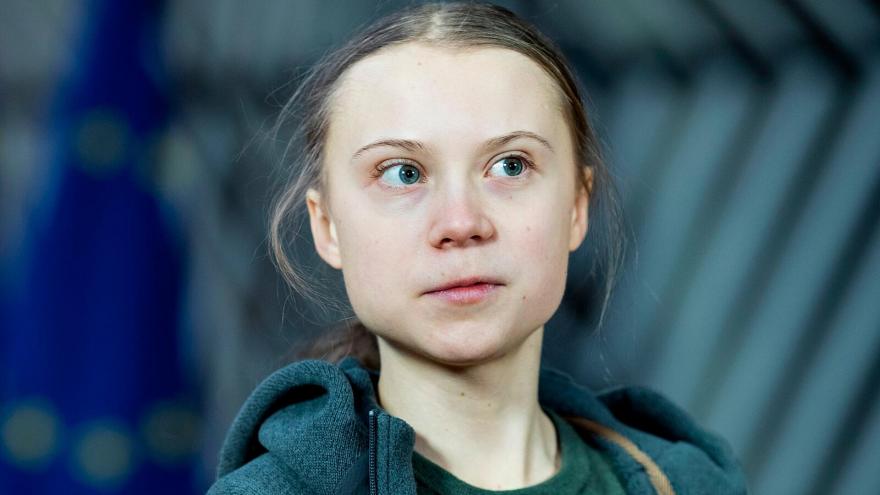 (CNN) -- Swedish activist Greta Thunberg mocked world leaders -- including US President Joe Biden to the UK's Boris Johnson -- at a youth climate summit in Milan on Tuesday, saying the last 30 years of climate action had amounted to "blah, blah, blah."

Thunberg imitated the leaders by repeating their commonly used expressions on the climate crisis, shooting them down as empty words and unfulfilled promises.

And in her jibe at UK Prime Minister Johnson, Thunberg derided the leader's rhetoric around his government's "green recovery" plans.

Thunberg was speaking at the Youth4Climate forum, an event held two days before dozens of ministers convene in Milan for a final high-level meeting before the COP26 climate talks in Glasgow in November. COP26 President Alok Sharma was at the youth event and will be chairing the ministers' meeting.

The youth attendees will come up with a list of recommendations for ministers to consider later this week. Ministers are expected to try and align their positions on issues on the Glasgow agenda, including putting an end date on the use of coal and who should pay what to assist the Global South in its transition to low-carbon economies.

An activist from Uganda, Vanessa Nakate, said that the developing world was still waiting on the rich world to make good on its climate finance promises.

Leaders from developed nations agreed a decade ago to transfer money to developing countries to help them reduce their carbon emissions but also to adapt to the climate crisis. That promise was reaffirmed in 2015 in Paris, where world leaders again agreed to transfer $100 billion a year to the Global South 2020, at least half of which was to go to adaptation. That deadline was missed last year.

"There is far too little evidence of the $100 billion per year that was promised to help climate vulnerable countries to meet this challenge. But those funds were promised to arrive by 2020 and we are still waiting," Nakate said, pointing out that Africa pollutes very little but is on the front line of the climate crisis.