Greg Zanis, known the nation over as 'The Cross Man,' dies at 69 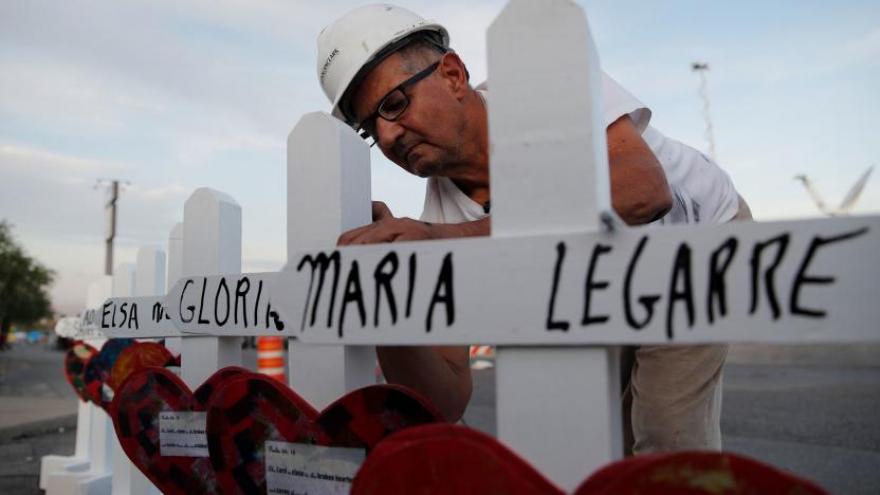 Greg Zanis, who spent more than 20 years building crosses and remembrances for mass shootings and other disasters, died Monday, according to a GoFundMe page created by his daughter.

(CNN) -- Greg Zanis, who spent more than 20 years building crosses and remembrances for mass shootings and other disasters, died Monday, according to a GoFundMe page created by his daughter.

The 69-year-old Crosses for Losses founder was diagnosed late last year with bladder cancer. He was originally given a few years to live, but the cancer spread and his health crumbled, his family said.

"I'm very, very devastated with the whole thing. I can't stand the thought of doing nothing," the self-professed workaholic said during his final interview with CNN last month.

His friends and loved ones -- as well as those he touched in almost a quarter-century of delivering and erecting about 27,000 memorials created in his Aurora, Illinois, workshops -- wanted to see him one last time, so the family made it happen Friday.

With Illinois under stay-at-home orders amid the coronavirus pandemic, it wasn't safe for Zanis to accept visitors, so folks were invited to his Aurora home to say hello and goodbye from the yard. Wrapped in a red blanket and matching skull cap, Zanis greeted them from a wheelchair in the front door.

"You're our hero," read one sign held aloft by two mask-wearing supporters. The sign featured images of Zanis delivering his crosses to Dayton, Ohio, and other mass shooting sites.

Zanis estimated that about 21,000 of the roughly 27,000 crosses he delivered were for mass shooting victims. For 23 years, he built the crosses -- along with Stars of David for Jewish victims and crescent moons for Muslims -- by hand.

"God used him in a wonderful way, and I'm happy that He used him to bless others the way he did," daughter Susie Zanis told CNN last month. "We're going to miss him terribly here."

A couple of days after Christmas, Zanis told CNN he was worn out and would be handing over his cross ministry to Lutheran Church Charities. His final trip was to Saugus High School in Santa Clarita, a city north of Los Angeles, where he delivered two crosses.

"I am tired," he said at the time. "I suffer a lot when I do (the crosses). It's very hard on me. I had the weight of the world on my shoulders."

Zanis had his memoir published this month. "The Cross Man," which he wrote with the help of an English teacher from nearby Geneva High School, chronicles his upbringing and plots his journey from a pot-smoking hippie who drove his Pontiac Trans Am way too fast to the man the world knows today.

"I just felt like doing it. If I don't do it right now, nobody'll get it done," he said last month, staying on brand even when ill.