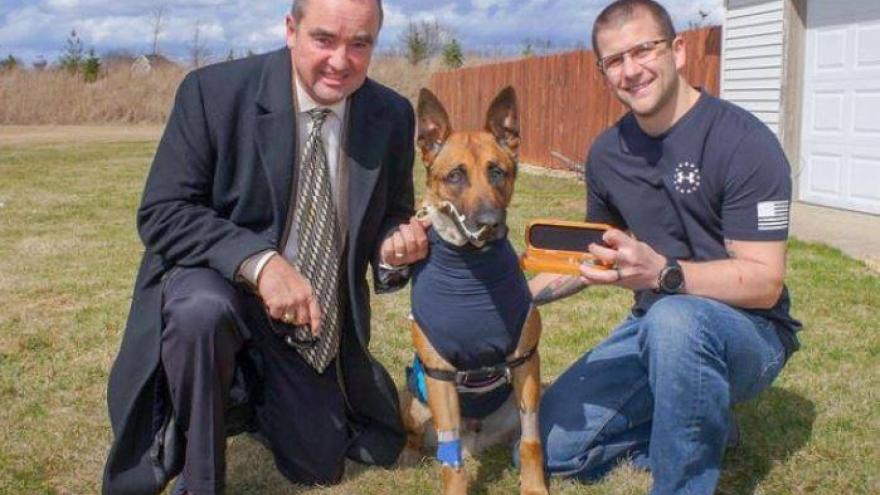 Police say that for the time being Pyro will be assigned to light tasks that do not require him to wear a collar, such as drug sniffing and training. He is currently wearing a harness because of an injury to his esophagus.

Thirty-year-old Sai Vang is charged in Brown County Court with causing an injury to a police animal, a felony, and two misdemeanor counts.

Authorities say the stabbing happened after officers responded to a call about a man with a gun. Police say they surrounded a house and Vang came out and refused to surrender. Pyro bit Vang as officers attempted to arrest him and he stabbed the animal.