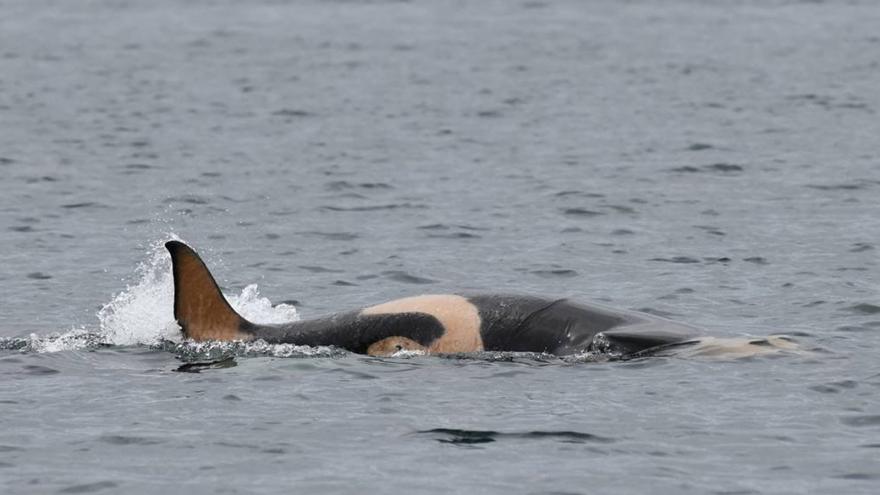 (CNN) -- The survival chances of young orca whales are boosted by the presence of their grandmothers, especially in times of food scarcity, according to new research that offers a clue as to the evolutionary purpose of menopause.

While female orcas normally stop reproducing in their 30s and 40s, they can live for many decades following menopause, said the study, published in the Proceedings of the National Academy of Sciences on Monday.

Scientists analyzed 36 years of data from the Center for Whale Research on killer whales in Canada and the United States. They found that post-reproductive whales were especially important because they were the most knowledgeable when it came to hunting.

"The death of a post-menopausal grandmother can have important repercussions for her family group," said Dan Franks, senior author of the study and a professor of biology at the University of York.

He added that breeding grandmothers were less capable of providing the same level of support to baby calves, as they were busy taking care of their own offspring.

The study also revealed that orca calves that had lost their grandmothers were more likely to die than those who were accompanied by them. The impact on a calf of losing a post-menopausal grandmother was also highest in years when the whales' prey salmon was scarce. Orcas are among only a small number of mammals known to go through menopause.

"Our new findings show that just as in humans, grandmothers that have gone through menopause are better able to help their grand offspring," said Darren Croft, a professor from the University of Exeter who participated in the study.

"These benefits to the family group can help explain why menopause has evolved in killer whales just as it has in humans."

The research could provide important assessments relating to the conversation of the killer whale population, which has faced growing threats from the decline of food sources and climate change. The southern resident killer whales, which were featured in the research, have been listed as an endangered species by the National Wildlife Federation (NWF), a US-based nature conservation group.