Grandfather serving 505-year sentence ordered to be released 'without delay' 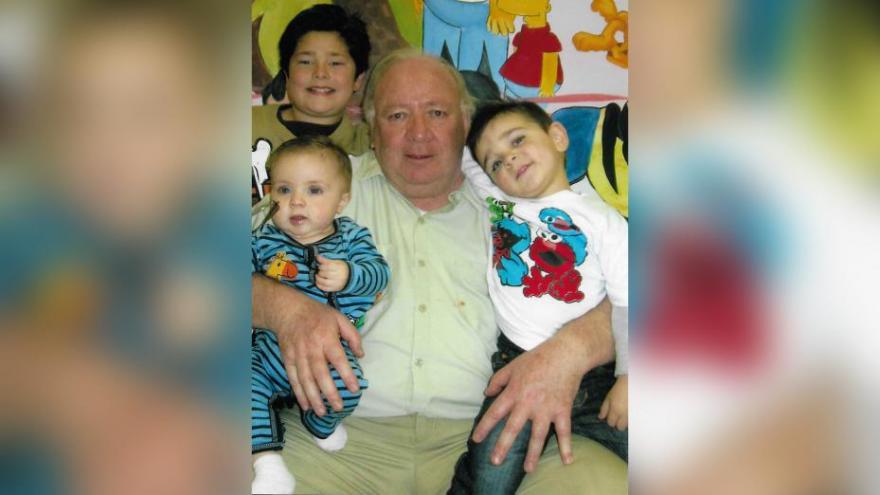 Juan Carlos Seresi with his grandkids.

(CNN) -- In a stunning reprieve for a man sentenced to more than five centuries behind bars for a nonviolent offense, a judge in Los Angeles on Thursday summarily slashed his sentence to time served and ordered his immediate release.

Juan Carlos Seresi, a convicted money launderer whose projected release date from the federal Bureau of Prisons had been July 8, 2419, was suddenly ordered to be freed "without delay" by U.S. District Court Judge Stephen V. Wilson. Once out, Seresi will be subject to a three-year term of supervised release, according to Wilson's order.

"It's a miracle," Seresi said after hearing the news from his daughter, Patti Mawer, she told CNN. Mawer, 46, said her father has been behind bars since she was a teenager, but has remained an integral part of her family's life.

"After all this praying and all this hoping, he can't believe it," Mawer added.

Seresi, 73, was one of four defendants sentenced to 505 years behind bars in 1991 for laundering cocaine cartel cash who were featured in a CNN report published in August. The article noted how the sentences were considered harsh even back then and represent the sort of draconian punishment that has since been widely condemned amid a national conversation around justice reform.

When the case was before Wilson in August, he denied a request by prosecutors to overturn the men's convictions "in the interests of justice" due to special treatment given to a government witness by FBI agents that was not disclosed to the defense. Wilson conducted a months-long review into the matter and concluded that the men's convictions were sufficiently supported by evidence and testimony unrelated to that particular witness.

All four defendants filed an appeal with the 9th Circuit Court of Appeals, which is pending.

But Seresi's attorneys also filed a motion seeking his release on compassionate grounds, due in part to his advanced age and a diagnosis of high blood pressure making him susceptible to serious complications from Covid-19. Prosecutors in the US Attorney's Office in Los Angeles did not oppose the motion.

While Wilson found that those factors alone did not entitle Seresi to early release, he noted other factors that — taken together — amounted to "extraordinary and compelling reasons" for granting his freedom.

Seresi was convicted of a nonviolent offense, had already served more than 30 years behind bars, earned three associate degrees while incarcerated and had a near spotless disciplinary record, the judge noted.

"The Court's findings should not be construed to minimize the severity of the Defendant's conduct," Wilson wrote, noting that Seresi was "a key employee of the ringleaders of a substantial money laundering conspiracy."

Wilson wrote that he was ordering the release under a "catch all" provision of federal law that, in his view, allowed him to consider a wide variety of factors concerning Seresi's continued imprisonment.

"Very few cases will fall within that provision," Wilson wrote. "Most will not."

"We are so happy for Juan Carlos and his beautiful family," said Reuven Cohen, one of Seresi's lawyers, whose firm took the case on a pro bono basis.

Seresi, along with brothers Vahe and Nazareth Andonian and Raul Vivas, were convicted of helping to launder more than $300 million in drug cartel money through their precious metal and money exchange companies. Seresi, considered the least culpable of the defendants by the sentencing judge, worked as an employee of Vivas.

None of the men was convicted of direct involvement in the massive cocaine distribution ring at the center of the case.

Following their sentences, the men languished in prison for decades as one appeal after another was denied.

But last year they got what seemed like an extraordinary break when federal prosecutors sided with the defense in seeking to have their convictions overturned based on special treatment given to a key government witness by the name of Sergio Hochman.

Hochman, a co-conspirator in the drug and money laundering case who cut an early deal with the government, disclosed decades later that agents treated him to a handcuff-free seaside lunch in Malibu and allowed him visits with his wife in the backseat of a car and in her apartment in Tucson, AZ.

Wilson, however, launched his own inquiry, which included a review of thousands of pages of documents from the trial.

He issued a 32-page ruling in August denying the prosecution's request to overturn the convictions.

Wilson said he found that Hochman's testimony had been "helpful" to the government, but "not critical."

"It's not enough that the government's case would be slightly weaker without Hochman," he wrote.

Attorney Jerry Newton, who represents Vahe Andonian, praised Wilson's decision to grant Seresi early release and said he believed the Andonian brothers were similarly strong candidates for such mercy. He said he intends to file a similar motion in front of Wilson while their appeal is pending in the 9th Circuit.

"They're essentially around the same age. They've spent 31 years in prison without one incident. They've taken every educational course they could get their hands on," Newton said. "It's a fair and just result to let them enjoy the remainder of their lives outside of prison."