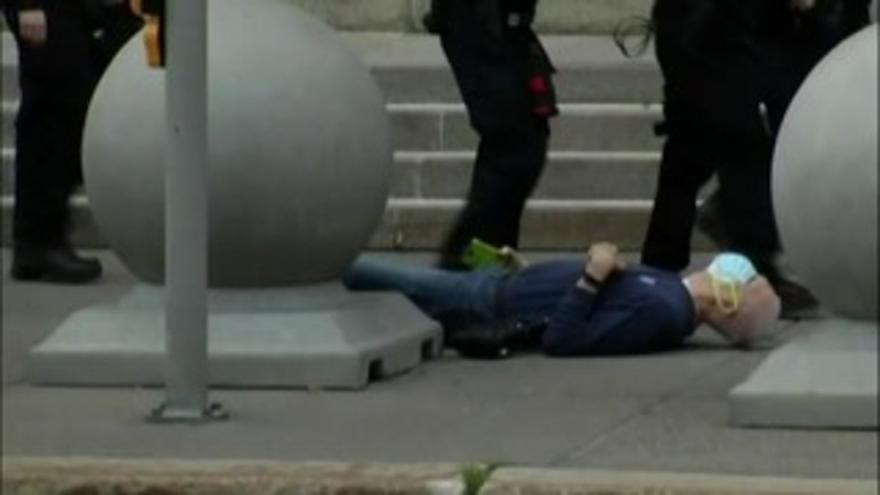 Aaron Torgalski and Robert McCabe each faced a felony second-degree assault charge in Martin Gugino's fall, which fractured his skull and left him unable to walk at the time, according to an attorney for Gugino. They had pleaded not guilty.

Both officers were suspended from the police force after the June 4 incident, which happened at a protest against racism and police brutality. They remain suspended pending the outcome of the internal affairs investigation, the department said Thursday.

While Flynn said the grand jury proceedings are secret and he cannot disclose details, he said he did everything possible to bring a strong case.

"I've got 28 years as a naval officer, and I live and breathe every day by the core values: honor, courage and commitment," Flynn said at a news conference Thursday afternoon. "And integrity happens to be a big thing with me. And I'm sitting here right now talking into every one of these mics, looking at every one of these cameras right here, looking at each one of you in the eye right now, and I'm telling you that I sandbagged nothing."

CNN has reached out to Gugino's attorney for comment.

The Buffalo Police Benevolent Association said it was "extremely pleased" with the grand jury's decision.

"As we have stated all along, Officers McCabe and Torgalski were simply following departmental procedures and the directives of their superiors to clear Niagara Square despite working under extremely challenging circumstances," the union said.

"We are grateful the Grand Jury decided not to charge," Buffalo PBA President John Evans told CNN in an email. "They saw there was no criminal intent. These officers have been put through hell. We look forward for their return to work."

Video of the incident shows Gugino falling to the sidewalk, then his head bleeding as other officers walked by him.

Flynn was adamant that he didn't rush in arresting the officers and said he had enough probable cause to proceed with the case.

"I apologize for nothing," he told reporters. "I would not make any changes on any of my decisions going back to when this happened, OK? And yeah, I'm not going to tell you that in my opinion the right thing happened here, because I still believe that a crime was committed."

It was his intention to treat these officers in the same manner as civilians in a similar situation, the district attorney said.