Grand jury declines to indict Carolyn Bryant Donham, the woman whose accusations led to the murder of Emmett Till 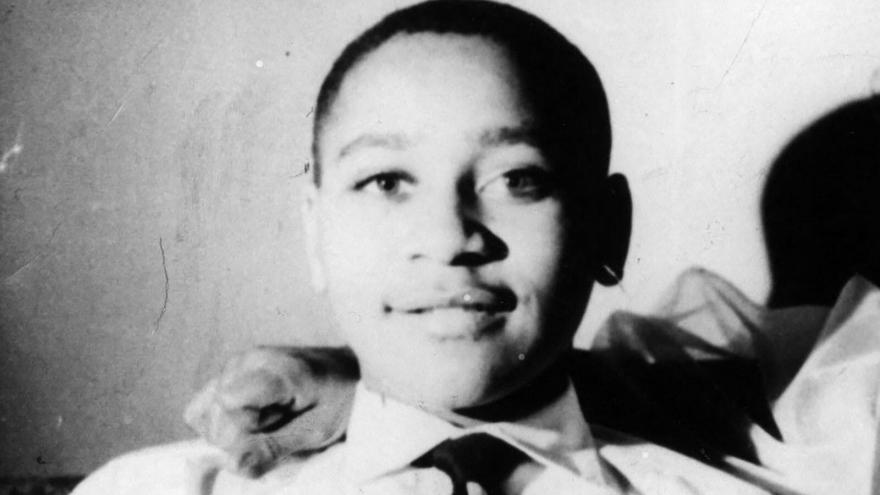 A Mississippi grand jury declines to indict Carolyn Bryant Donham, the White woman whose accusations led to the brutal death of 14-year-old Emmett Till. The teen is pictured here with his mother at home in Chicago.

(CNN) -- A grand jury in Mississippi has declined to indict the White woman who accused 14-year-old Emmett Till of making advances toward her nearly 70 years ago, allegations that led to the Black teen's brutal death.

A Leflore County grand jury last week heard seven hours of testimony from investigators and witnesses but said there was insufficient evidence to indict Carolyn Bryant Donham on charges of kidnapping and manslaughter, according to a statement from District Attorney Dewayne Richardson.

The grand jury heard the testimony from witnesses detailing the investigation of the case from 2004 to the present day and considered both charges, according to the statement.

"After hearing every aspect of the investigation and evidence collected regarding Donham's involvement, the Grand Jury returned a 'No Bill' to the charges of both Kidnapping and Manslaughter," the statement said. "The murder of Emmett Till remains an unforgettable tragedy in this country and the thoughts and prayers of this nation continue to be with the family of Emmett Till."

Family members of Emmett, whose killing in the Jim Crow-era South spurred the civil rights movement in America, said earlier this summer that they had unearthed an unserved arrest warrant for Bryant Donham, her late husband and his brother.

The warrant is dated August 29, 1955, and signed by the Leflore County clerk. The image of the warrant shows the current clerk certified the document as authentic on June 21.

A note on the back of the warrant says Bryant Donham was not arrested because she could not be located at the time, according to the New York Times, which cited filmmaker Keith A. Beauchamp, who was part of the team that discovered the warrant. CNN reached out to Bryant Donham at the time but didn't hear back.

A cousin who witnessed Emmett's abduction, Rev. Wheeler Parker Jr., said Tuesday that state officials have assured the family no stone would be left unturned in the fight for justice.

"They kept their promise by bringing this latest piece of evidence before the grand jury. This outcome is unfortunate, but predictable, news," he said in the statement. "The prosecutor tried his best, and we appreciate his efforts, but he alone cannot undo hundreds of years of anti-Black systems that guaranteed those who killed Emmett Till would go unpunished, to this day."

Another cousin, Deborah Watts, said the decision not to indict Bryant Donham was very disappointing but said the family refuses to give up

"We vow that the pursuit of accountability and Justice For Emmett Till will continue," she said. "Emmett Till's death will not be in vain. "

While Emmett's killing remains a touchstone moment in the United States' long struggle with racial injustice and inequality, to this day, no one has been held criminally responsible.

Emmett, who lived in Chicago, was visiting relatives in Mississippi when he had his fateful encounter with then-20-year-old Carolyn Bryant in the summer of 1955. Accounts from that day differ, but witnesses alleged Emmett whistled at the woman at the market she owned with her husband in the town of Money.

Four days later, Roy Bryant and J.W. Milam later took Emmett from his bed in the middle of the night, ordered him into the back of a pickup and beat him before shooting him in the head and tossing his body into the Tallahatchie River.

But they were both acquitted of murder by an all-White jury following a trial in which Carolyn Bryant testified that Emmett grabbed and verbally threatened her. The jury deliberated for barely an hour.

The men later admitted to the killing in a 1956 interview with Look magazine.

Emmett's death captured attention far beyond Mississippi after a photo of his mutilated body was published in Jet Magazine and spread around the world. His mother, Mamie Till-Mobley, had demanded he have an open-casket funeral so the entire world could see her son's injuries and the results of racial terrorism -- a decision that helped fuel the civil rights movement.

In 2007, a Mississippi grand jury declined to indict Bryant Donham on charges. And according to archived FBI documents, Milam and Roy Bryant were arrested on a kidnapping charge in 1955, but a grand jury failed to indict them. "The original court, District Attorney, and investigative records related to the 1955 investigation have been apparently lost," the FBI said in a 2006 report.

Bryant Donham testified in 1955 that Emmett grabbed her hand, her waist and propositioned her, saying he had been with "White women before." But years later, when professor Timothy Tyson raised that trial testimony in a 2008 interview with Bryant Donham, he claimed she told him, "That part's not true."

The prospect that the woman at the center of Emmett's case had recanted her testimony -- which the US Justice Department said in a memo would contradict statements she made during the state trial in 1955 and later to the FBI -- sparked calls for authorities to investigate the case anew.

The DOJ, which had already re-examined and closed the case in 2007, reopened the probe into Emmett's killing in 2018. But the case was closed in December after the DOJ's Civil Rights Division concluded it could not prove Bryant Donham had lied. When questioned directly, Bryant Donham adamantly denied to investigators that she had recanted her testimony.

Emmett's legacy, however, lives on: In March, President Joe Biden signed into law the landmark Emmett Till Antilynching Act, which made lynching a federal hate crime.