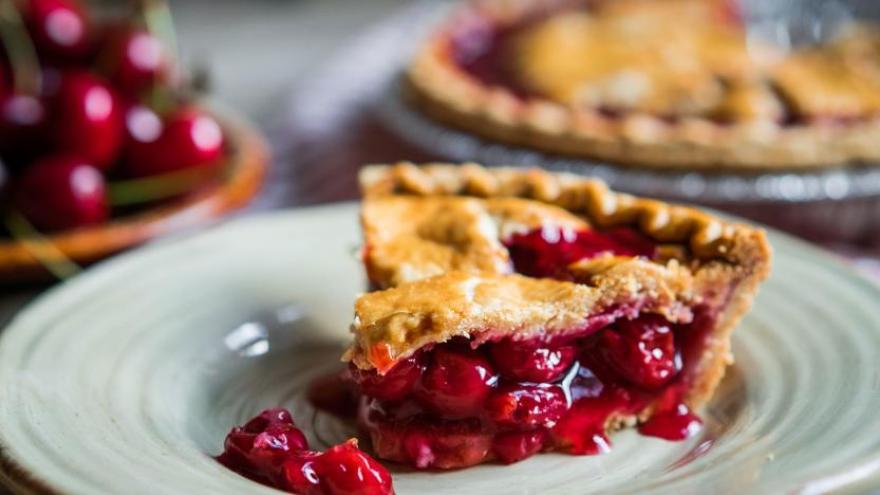 January 23 is National Pie Day -- not to be confused with National Pi Day, which is on March 14.

Sorry, math lovers. This day is devoted to deliciousness and is more than a slice of pure Americana.

According to the American Pie Council, which is responsible for crowning the best pie in the nation, National Pie Day dates back to the mid-1970s.

The pie itself is believed to have originated around 2000 B.C. during the time of ancient Egyptians. Between 1400 B.C. and 600 B.C. it's believed pie was passed on to the Greeks and then to Rome around 100 B.C. Most of these pies, however, were meat pies and they were more crust than filling.

The first pie recipe published by the Romans was a rye-crusted goat cheese and honey pie, the pie council said in a news release.

The beloved pie we know today came to America with the first English settlers, according to the council. Initially the crust, which was then called the "coffyn" wasn't even eaten. It was just there to hold the filling during baking. It wasn't until the American Revolution that the word "crust" was used instead.

Today, no matter the season or the region, there's a pie.

The South has an array of sweet potato pies, pecan pies, chess pies and peanut pies. Chess pie is a Southern staple made from eggs, butter, sugar, vanilla and corn meal.

Midwesterners lean toward sugar cream pie (also known as Hoosier pie), cherry pie and strawberry rhubarb, both of which bring a nice tartness to the table.

Shoofly pie, a sticky-sweet pie flavored with molasses that has a cake-like bottom and crumb-like top, maple cream pie and blueberry pie are popular in the Northeast.

And in the West, indulge in a chiffon pie, huckleberry pie, or a marionberry pie.

If you're the savory type, chicken pot pie, shepherd's pie and meat pies are acceptable on this day too. Just don't pull a Rachel from "Friends" and mix up those recipes with the sweet ones to make a beef trifle. Ew!