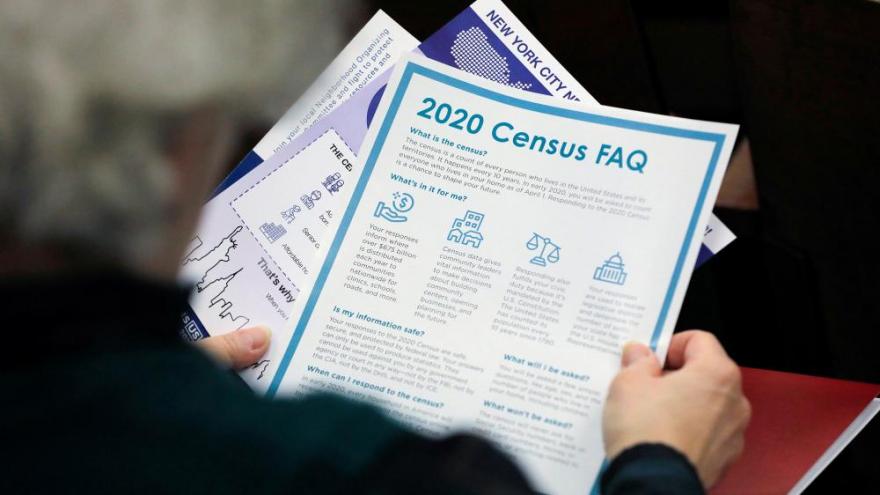 The Commerce Department inspector general is reviewing the creation in June of two new political positions at the Census Bureau.

(CNN) -- An internal government watchdog is reviewing a move that once again stoked concerns about political meddling in the Census Bureau.

The creation in June of two new political positions at the Census Bureau raised eyebrows among the statistical world and those who watch the Census. The bureau, which is currently conducting its decennial count, is led by a political appointee but is historically a nonpartisan statistical agency filled mostly with career officials.

The Commerce Department inspector general on Tuesday asked the Census director to share documentation explaining and justifying the hirings.

Inspector General Peggy Gustafson asked for job descriptions, resumes and "any analyses, memoranda, justifications, correspondence, plans, budgets or similar documents that relate to expectations, objectives, or goals associated with or related to the new positions."

One of the appointees, Nathaniel Cogley, holds a Ph.D. in political science and vocally opposed President Donald Trump's impeachment. He will hold the new position of deputy director for policy.

The other appointee, Adam Korzeniewski, has been described as a political adviser to a YouTube personality. His government bio notes he is a military veteran and was hired as a field worker for the 2020 census. His role is as a senior adviser to Cogley.

When the roles were announced in June, the American Statistical Association said the appointments "are in direct conflict with the bureau's mission."

"The Census Bureau's addition of two political appointees to its top ranks undermines the work of the Census Bureau and federal statistical agencies because of the lack of transparency and justification, as well as the perception -- if not reality -- of improper political influence," the group said in a statement.

The Trump administration lost a legal battle over asking a citizenship question on the census. Opponents of the question charged it was politically motivated, and trial courts found the administration did not properly justify the rationale for the question.

Concerns about the technology behind this year's digital-first approach to the census were also part of the rationale for another government watchdog placing the 2020 census on a list of risky government projects.

The decennial count, which is used to determine congressional representation and federal funding, was ramping up as the coronavirus pandemic struck, further complicating the efforts to count every person living in the US. The in-person work of following up with households that do not respond to multiple mailings has since resumed in some areas.

This story has been updated with Michael Cook's comments to reporters Wednesday.