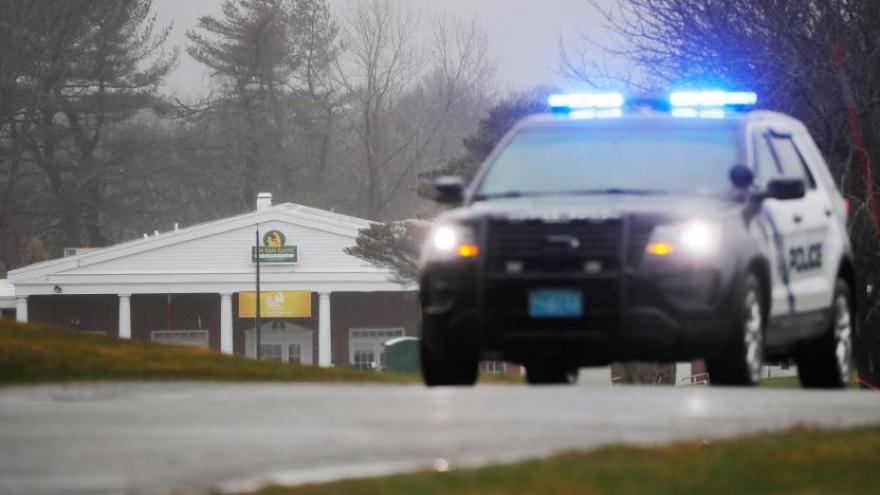 The federal agency responsible for protecting workers did little to hold nursing homes accountable for dangerous conditions during the coronavirus pandemic until it was too late, its own records show.

(CNN) -- The federal agency responsible for protecting workers did little to hold nursing homes accountable for dangerous conditions during the coronavirus pandemic until it was too late, its own records show.

A CNN analysis of violation data reveals that by the end of 2020, the Occupational Safety and Health Administration (OSHA) and state worker safety programs approved by the agency had cited around 200 long-term care facilities which are currently facing roughly $2.6 million in penalties related to Covid-19.

But the vast majority of these citations -- issued to nursing homes, assisted living centers and continuing care facilities -- didn't come until the last four months of the year. This was long after long-term care facilities had become an epicenter of the pandemic. Prior to September, only six facilities had been penalized, according to agency data.

OSHA data also shows the investigations that triggered penalties were mainly linked to employee deaths and hospitalizations, not complaints from workers about unsafe conditions.

Hundreds of long-term care facilities were subject to worker safety complaints that were closed by the agency without any inspection -- meaning that OSHA deemed no further action was necessary.

Amid an unprecedented public health crisis and massive shortages of crucial protective equipment and Covid-19 tests, even the best nursing homes have struggled to provide a safe environment for both residents and staff. But workplace safety experts say that OSHA should have been proactively monitoring nursing homes and checking on staff from the very beginning of the pandemic to ensure proper precautions were being taken to prevent the spread of Covid-19 before outbreaks and deaths occurred.

"This all really amounts to a tiny, tiny amount of enforcement," Deborah Berkowitz, director of the worker health and safety program at the National Employment Law Project, said of CNN's data analysis.

Berkowitz, who previously served as chief of staff and then a senior policy adviser for OSHA, described the average penalty of around $13,000 per facility as a slap on the wrist. She said that in most cases it should not take months for a citation to be issued once problems are identified and that the agency's failure to swiftly crack down on those nursing homes that weren't doing enough to try to protect workers allowed problems to fester.

OSHA's Principal Deputy Assistant Secretary of Labor James Frederick said in a statement that the Biden administration has committed to increase the number of inspectors at the agency and that "OSHA is working to strengthen its enforcement effort" and to "re-affirm its commitment to worker safety and re-establish trust that the agency is advocating for workers."

CNN's previous reporting showed how long-term care workers had lodged complaints with OSHA since February of last year. Many warned about dangers at facilities that went on to experience major Covid-19 outbreaks.

By the end of the year, more than 1,000 facilities where workers turned to OSHA and state programs for help were subject to only cursory inquiries, typically via phone or email, and the complaints were closed after operators denied the claims or promised to address alleged issues, according to agency data. Concerns raised to OSHA included worker deaths and outbreaks being covered up, proper protective equipment such as N95 masks being hidden from staff, employees being forced to work while sick and learning that they were caring for Covid patients only after possible exposure.

Even as deaths mounted, with federal data showing that more than 1,000 nursing home employees died from Covid-19 last year, CNN found that OSHA had opened investigations into only a fraction of nursing homes where workers had died.

The roughly 200 facilities penalized represent less than 1% of the country's more than 40,000 long-term care facilities. Of course not all of these locations necessarily required the agency's scrutiny, but the main regulator of nursing homes, the Centers for Medicare & Medicaid Services, had fined more than 3,400 nursing homes as of the end of July for infection control violations and failing to properly report Covid-19 cases.

The majority of the violations identified by OSHA and state safety regulators by the end of 2020 at long-term care facilities were related to N95 respirators -- such as not teaching employees how to wear the masks correctly. OSHA guidance said the agency would use discretion when issuing citations if employers could prove they had made "a good faith effort" to obtain N95 masks and had properly monitored and prioritized supplies.

More than 40 facilities, meanwhile, were cited for failing to report workplace deaths and hospitalizations to OSHA within the required time period.

CNN previously compared state and federal death data to OSHA inspection data, revealing that the agency was physically investigating only a fraction of worker deaths in nursing homes -- in part because of the confusion over reporting requirements. OSHA, tasked with enforcing workplace safety laws, issued guidance in May that gave employers permission to not report deaths to the agency if a "reasonable and good faith inquiry ... cannot determine whether it is more likely than not" that an employee's Covid-19 infection was linked to exposure at work.

One of the facilities highlighted in CNN's investigation was Complete Care at Hamilton Plaza in Passaic, New Jersey. A nurse there, Victor Sison, had posted photos of himself wrapped in what appeared to be garbage bags in April, saying "LORD HELP ALL MY FELLOW FRONTLINERS."

He died of Covid-19 that same month. The facility told CNN in July that it hadn't reported Sison's death to OSHA. It wasn't until after CNN contacted the agency that a government inspection was launched.

OSHA eventually cited the nursing home more than five months after Sison's death. The agency found numerous violations, including providing inadequate protective equipment, according to citation documents obtained by CNN through a public records request. It also cited the home for failing to report Sison's death and that of another worker within the eight hours required.

The agency initially proposed that the facility pay $22,555 in fines, which would amount to one of the higher penalties the agency has imposed on nursing homes so far related to Covid-19. Complete Care fought the penalties and told CNN that it "settled the matter amicably" -- receiving a 40% reduction in fines. "The agreement was not deemed an admission of any allegations contained within the citation," the facility's operator said.

Marissa Baker, an assistant professor of occupational health at the University of Washington, said that OSHA's delays in action and limited investigations are likely driven by a significant lack of agency resources, as well as the agency's failure to issue enforceable standards specifically related to Covid-19.

"OSHA is woefully understaffed to adequately respond to the COVID-19 pandemic," said Baker. "Of course this is problematic, because it allows problems to compound instead of being prevented. It leads workers and the public to feel that things must be ok otherwise OSHA would be acting. It also shows workers that they are expendable and their concerns may not be acknowledged or addressed. ... OSHA could be doing more. Much more."

In New Jersey, state data shows that two employees died at a facility that made headlines when a Covid-19 outbreak became so bad that bodies of residents were discovered in a makeshift morgue at one of the buildings. But Andover Subacute and Rehabilitation Center I and II, which didn't respond to a request for comment, weren't cited by OSHA until six months after this discovery.

It took two months for OSHA to open an inspection after the death of a nurse at Life Care Center of Nashoba Valley in Massachusetts, where the National Guard was summoned to assist with testing. The nursing home has since become the subject of an ongoing investigation by the state attorney general related to its handling of Covid-19. The corporate owner of the facility told CNN that it is contesting the citations and that the violations cited by OSHA were addressed early in the pandemic. It also said it is cooperating with the attorney general's investigation.

In other complaints lodged to safety regulators last year, workers from facilities in three states reported that employees were being told the flu shot would protect them from coronavirus, to keep working with a fever or that staff deaths didn't need to be reported to authorities. Yet all three facilities avoided citations when the agency deemed that inspections weren't necessary -- as did a New Jersey chain of long-term care facilities that has been the subject of at least three different worker complaints, which were all closed. At least seven workers have died of Covid-19 among the chain's 16 facilities, but it has not been subjected to a single OSHA inspection.

Do you have anything to share about Covid-19 or vaccination efforts in nursing homes? Is there something else you think we should investigate? Email us: watchdog@cnn.com.