Packers served second loss of the season, falling to Chargers 26-11 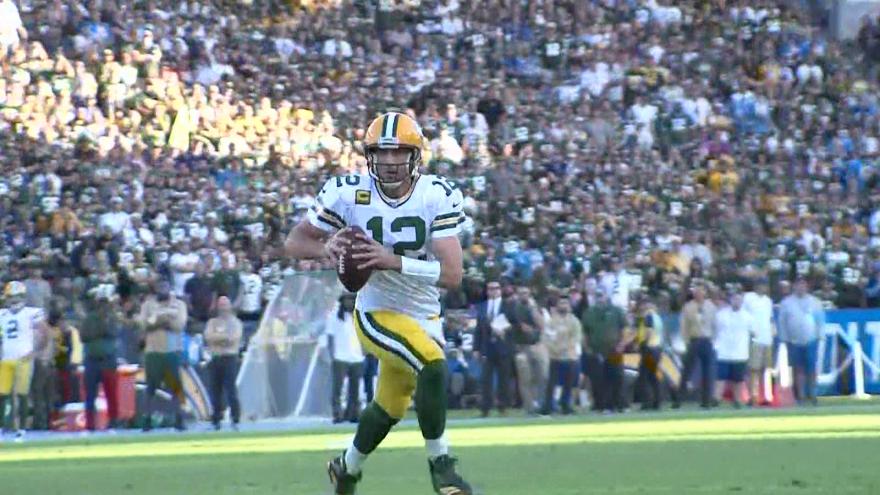 Los Angeles (4-5) snapped a three-game home losing streak in what was easily its best game of the year. The offense moved the ball consistently in Shane Steichen's first game as coordinator, and the defense kept Aaron Rodgers and the Packers out of the end zone until midway through the fourth quarter.

The #Packers had their four-game winning streak stopped on Sunday, falling 26-11 to the Chargers.

Steichen, who was promoted after Ken Whisenhunt was fired last Monday, called a good game as the Chargers weren't faced with many third-and-long situations. Gordon, who came in averaging only 2.5 yards per carry, had 80 yards on 20 carries, including a pair of 1-yard TDs off left guard in the third and fourth quarters. Austin Ekeler added 70 yards as the Chargers rushed for a season-high 159 yards and averaged 4.2 yards per carry.

Philip Rivers completed 21 of 28 passes for 294 yards and Mike Williams had his first 100-yard receiving day in his three-year career with three receptions for 111 yards. Hunter Henry had 84 yards on seven catches.

Rodgers was 23 of 35 for 161 yards as the Packers (7-2) had their four-game winning streak snapped. Green Bay's lone touchdown came with 6:21 remaining, when Rodgers found a wide-open Jamaal Williams for a 10-yard touchdown. Rodgers then got Green Bay within 26-11 with a two-point conversion.

Packers running back Aaron Jones came in averaging 137.8 scrimmage yards in his past four games but was held to 29 yards (30 rushing, minus-1 receiving). Davante Adams had seven receptions for 41 yards after missing the last four games because of turf toe.

Los Angeles dominated the first half on both sides of the ball but could not get into the end zone as Badgley supplied all the points with field goals from 29, 40 and 34 yards. The Chargers gained 250 yards in the first half and had a pair of scoring drives that started inside their 10. They gave up only 50 yards defensively, the first time since 2011 they had allowed that few in the first half.

It was only the third time under Rodgers — and first time since 2013 — that the Packers have had 50 yards or fewer in the first half.

Badgley added a 43-yard field goal in the second half in his first action of the season. He missed the first eight games with a groin injury.

Chargers: OT Sam Tevi and LB Denzel Perryman both suffered knee injuries and did not return.

Packers: Host Carolina next Sunday. Green Bay is 4-1 at home.

Chargers: Travel to Oakland for a Thursday night game against the Raiders.