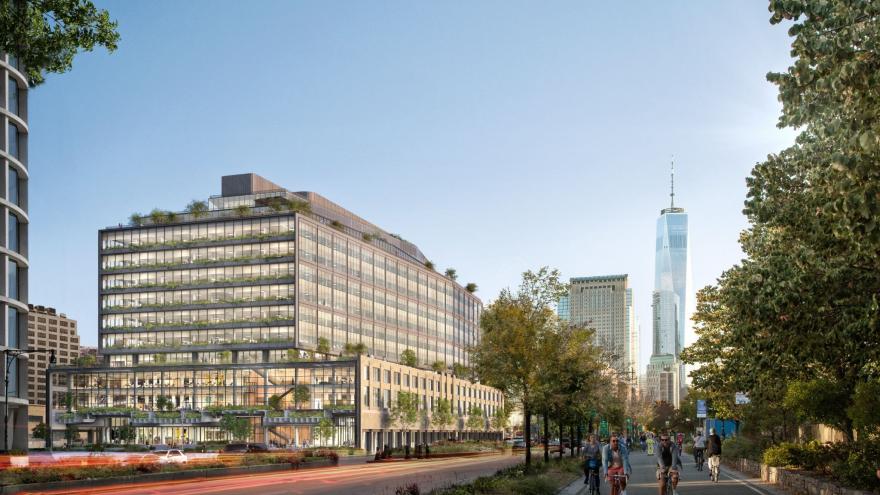 (CNN) -- Google is dramatically expanding its office presence in New York City with a $2.1 billion purchase on Manhattan's West Side.

The move comes even as the company embracing a hybrid work model because of the pandemic.

Google said Tuesday that the new office will be an "anchor" of its sprawling city campus that houses much of its 12,000-strong regional workforce. It's scheduled to open in mid-2023.

The Wall Street Journal, which first reported the news, wrote that the deal is the most expensive sale of a single US office building since the onset of the Covid-19 pandemic, and ranks as one of the priciest ever in US history.

New York is home to Google's largest workplace outside of California, and the company's footprint has steadily grown across the city in recent years.

Purchasing the St. John's Terminal, a former freight transfer facility that Google had previously been leasing, is part of the tech giant's expansion of its 1.7 million-square-foot Hudson Square campus. Google said that the building will be "reimagined into a highly sustainable, adaptable and connected building." Ultimately, the company will employ 14,000 workers in New York City.

Despite evolving toward a hybrid work environment, Google said in a blog post that it's buying the building because in-person collaboration is an "important part of our future." Google has recently postponed a full return to the office until 2022 and is giving employees the option of permanently working from anywhere if their role allows.

Despite the pandemic forcing many to work from home, tech companies have been expanding their office facilities. Facebook recently bought a previously unused corporate headquarters from outdoor retailer REI in Bellevue, Washington. Amazon has also been eying to expand in New York's Hudson Yards, according to Bloomberg, while Apple has announced major expansion plans in various US cities.