Google Doodle honors Susan B. Anthony on her birthday 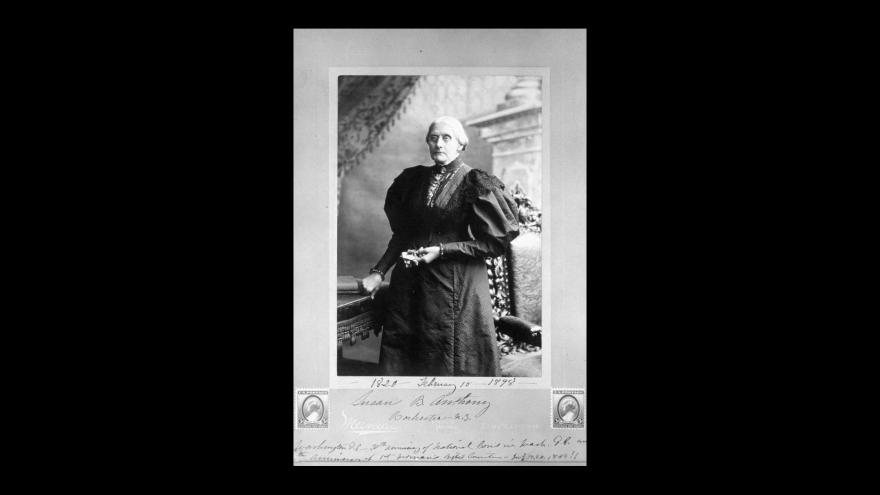 American abolitionist and suffragette Susan B Anthony in 1898. Google is honoring Anthony, and celebrating her 200th birthday with a Google Doodle.

(CNN) -- Google is honoring a key leader of the women's suffrage movement, Susan B. Anthony, and celebrating her 200th birthday with a Google Doodle.

Anthony worked tirelessly for voting rights for women, but died 14 years before the 19th Amendment -- later known as the Susan B. Anthony Amendment -- was ratified.

Anthony was one of America's key social reformers, also fighting to abolish slavery. She was influenced by her family and Elizabeth Cady Stanton, whom she met in 1851. Anthony and Stanton were passionate in their fight for women's rights.They co-founded the American Equal Rights Association, started the magazine "The Revolution" and remained friends throughout their lives.

Stanton was not Anthony's only friend who believed in her views on equality. She was influenced by other social reformers and abolitionists, such as Harriet Tubman and Frederick Douglass.

Anthony defied the laws of her time by voting in the 1872 elections in her home of Rochester, New York.

She was arrested and tried, and told the judge, "You have trampled under foot every vital principle of our government. My natural rights, my civil rights, my political rights, my judicial rights, are all alike ignored. Robbed of the fundamental privilege of citizenship, I am degraded from the status of a citizen to that of a subject; and not only myself individually, but all of my sex, are, by your honor's verdict, doomed to political subjection under this, so-called, form of government."

The federal government put Anthony on the 1979 dollar -- making her the first woman to appear on US coins.