Good news: Greater one-horned rhino population is on the way up 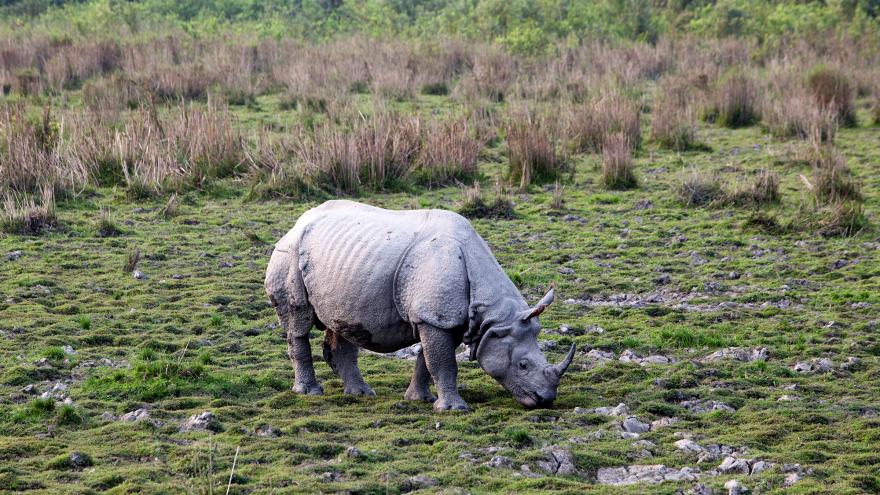 (CNN) -- Things are looking up for the greater one-horned rhino.

The massive mammal, also called the Indian rhinoceros, saw its global population reach its highest level since the 1980s, according to the International Rhino Foundation, a Texas-based nonprofit focused on rhino conservation.

There are now a total of 4,014 greater one-horned rhinos in the wild, split between India and Nepal. Assam, the Indian province that hosts 70% of the species' population, just finished its biannual rhino survey and counted 274 more rhinos than the last survey.

The increase is partially due to a "baby boom" during the pandemic, when protected areas were closed to visitors, says the foundation.

The rhinoceros population in Nepal also increased during the pandemic, growing by more than 100 between 2015 and 2021. With fewer visitors to disturb their habitats, the rhinos were able to flourish, Nepali conservationists said at the conclusion of Nepal's rhino survey.

In addition to the pandemic, the International Rhino Foundation credits the governments of India and Nepal for helping grow the rhinos' populations. Both governments have implemented measures to protect the animals' habitats to give "rhinos the space they need to breed" and to combat poaching.

The species, listed as vulnerable by the International Union for the Conservation of Nature, is targeted by poachers for their horns. They came close to extinction at the start of the 20th century, with only about 200 greater one-horned rhinos existing in the wild, according to the World Wildlife Fund.

Since then, the one-horned rhino has made a remarkable comeback thanks to conservationists.

Still, "the story isn't over yet," says the International Rhino Foundation. "The species is still classified as vulnerable and inhabits only a fraction of its former range."