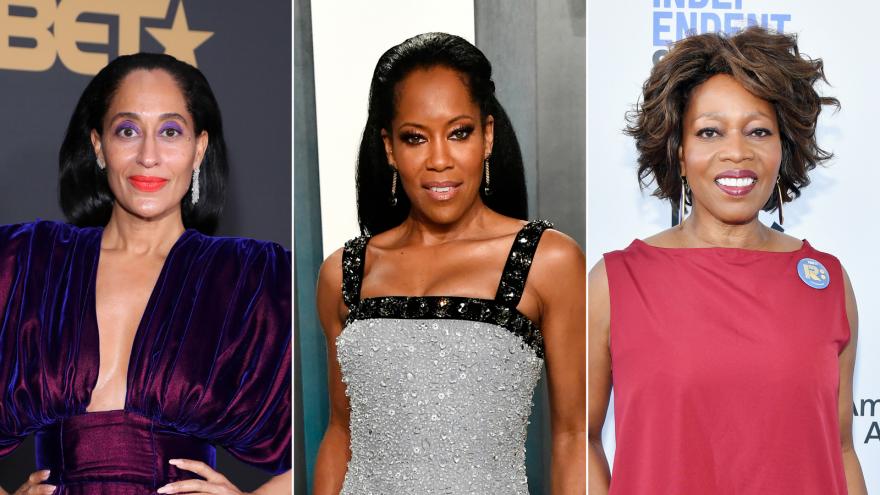 (CNN) -- "The Golden Girls" is getting an all Black cast for a one night charitable performance.

Alfre Woodard, Tracee Ellis Ross, Sanaa Lathan, and Regina King will star in the re-imagining of the hit 1980s comedy series Tuesday for a Zoom Where It Happened virtual watch party.

"In an effort to further engage our community and drive change, all you need to do to enjoy this evening is sign up to receive messages about how you can make a change during this election!," the sign up page for the event reads. "This event is in partnership with Zoom, and the first episode is spotlighting and supporting Color of Change - the nation's largest online racial justice organization."

"The Golden Girls" ran on NBC from 1985 to 1992 starring Beatrice Arthur, Betty White, Rue McClanahan, and Estelle Getty as a group of senior citizen roommates living in Miami. The sitcom is beloved and gained even more popularity in syndication.

Ross shared a video on her verified Instagram account which appears to show her cast in White's role as Rose Nylund, King in Arthur's role of Dorothy Zbornak, Lathan in McClanahan's role as Blanche Devereaux, and Woodward recast in Getty's role of Sophia Petrillo.

Recently several casts, including those from "Parks and Recreation" and "Hamilton," have reunited virtually for charity.

The special "Golden Girls" episode happens at 9 p.m. EST/6 p.m. PST Tuesday. It will be directed by Gina Prince-Bythewood and hosted by actress and "The Chi" creator Lena Waithe.