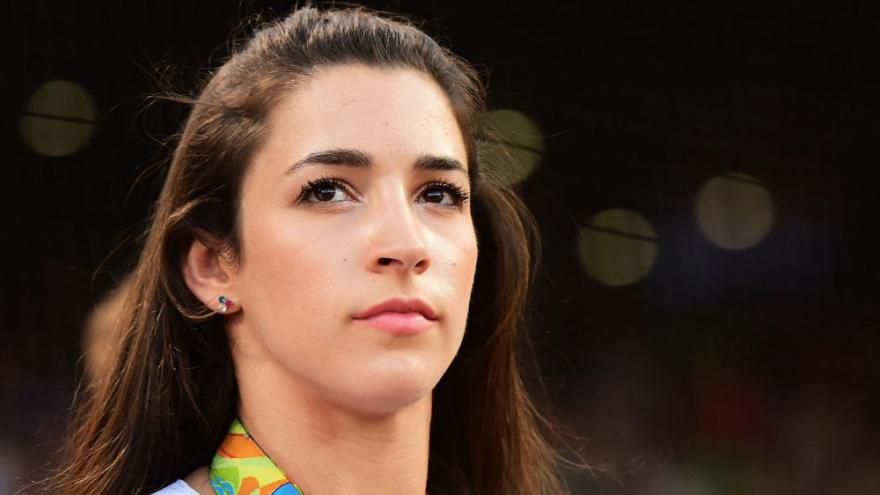 Gold medal-winning gymnast Aly Raisman will not compete in this year's Olympics in Tokyo.

(CNN) -- Gold medal-winning gymnast Aly Raisman will not compete in this year's Olympics in Tokyo.

The two-time Olympian made the announcement on social media Tuesday. "It's true, I'm not going to be competing in Tokyo," she said.

Raisman said she's taking much-needed time and space to reflect on her years of achievements.

"The past 10 years have been such a whirlwind that I haven't really processed all that has happened, and sometimes I wonder whether I ever will," she wrote. "I've lived a pretty fast-paced life and sometimes I have to remind myself to slow down, unplug from technology and take the time to appreciate what I've experienced and learned."

The Tokyo Olympics will take place from July 24 to August 9.

In the post, she reminisced about watching a recording of the 1996 Olympics in her living room at age 8.

"I knew every score by heart and tried to imitate the routines, cartwheeling all over the house, bumping into furniture and knocking things over," she said. " ... One of the best things about being a kid is the belief that anything is possible, and that no dream is too big."

Raisman also appeared to allude to her sexual abuse by USA Gymnastics team physician Larry Nassar and wondered what she would tell her younger self about the abuse. She has said she reported the abuse but USA Gymnastics did not help.

"I wonder if I would tell her that life is filled with ups and downs, and that there are people in the sport who will fail to protect her and her teammates," she said. " ... I would make sure that she knows she will get through it and she will be OK."

Raisman said her goal is to make gymnastics safe for young girls.