GM responds to backlash after racism allegations: 'This is not who we are' 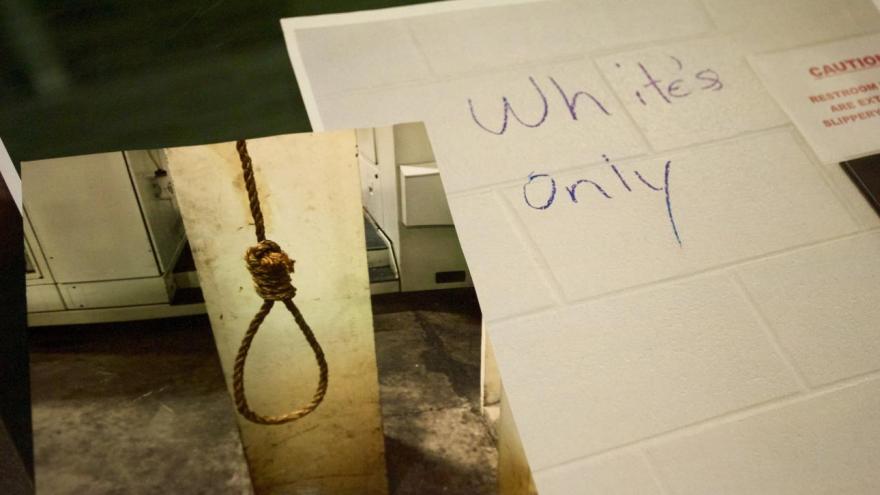 General Motors is responding to consumers who are angry at its brand after a story on CNN about alleged widespread racism in its Toledo, Ohio, plant.

(CNN) -- General Motors is responding to consumers who are angry at its brand after a story on CNN about alleged widespread racism in its Toledo, Ohio, plant.

"We're outraged that anyone would be subjected to racist behavior. We have zero tolerance for discrimination -- this is not who we are. We're working to drive this out of our workplaces," GM's main Twitter account wrote to several people on the social media platform.

The company responded to a variety of people tweeting their outrage about the allegations. Many were saying in comments to the automotive manufacturer that they would never buy a car from the company unless the atmosphere was fixed.

Nine employees of GM sued the company, detailing the alleged hostile work environment at the plant, including several nooses hanging and signs marking the bathrooms "white's only."

The statement tweeted from the General Motors account echoes language now used in a statement by Gerald Johnson, the company's vice president of North American manufacturing.

"I'm outraged that any of our employees would be subjected to harassment. GM's stand is clear: We have zero tolerance for racist or discriminatory behavior," Johnson's statement says. "This behavior is unacceptable and we're going to drive it out of the workplace."

CNN spoke with two of the employees involved in the lawsuit, both supervisors, who shared how they say they were threatened, called the N-word and faced with a workplace where black supervisors were denounced as "boy" and ignored by their subordinates and where black employees were called "monkey" or told to "go back to Africa."

According to the lawsuit, black employees were warned a white colleague's "daddy" was in the Ku Klux Klan and white workers wore shirts with Nazi symbols underneath their coveralls.

Marcus Boyd, who is black, said a white employee he oversaw once told him: "Back in the day, you would have been buried with a shovel." Boyd reported that incident to his supervisor.

The worker was taken to a disciplinary hearing with a union official and a business leader where he freely admitted what he had said, Boyd recalled.

But then Boyd himself was pulled aside and advised to let the matter go if he wanted to get along at the plant, he said. No disciplinary action was taken, Boyd said.

Boyd and other workers of color learned there was a coded language to talk about them, according to the lawsuit. White employees kept calling them "Dan." They thought some people didn't respect them enough to learn their names. But other colleagues told them it was a slur, an acronym for "dumb ass nigger."

The N-word was a regular part of life at Toledo Powertrain, GM's local plant, where components are made for various Chevrolet, Buick, GMC and Cadillac vehicles, Boyd said. A white woman seen walking with him later found "Nigger lover" written on her pizza box, Boyd says.

When Boyd and others reported the abuse, their leadership told them to handle it themselves, he said.

He said he and another black supervisor, Derrick Brooks, who was a former Marine, treated their workplace almost like it was a battlefield. When they saw each other or checked in by phone, as they did every day, they would let the other know, "I got your six," the term soldiers use to say they have your back.

It was the kind of reassurance they felt they were not getting from GM management. According to an Ohio Civil Rights Commission report, at one meeting to address the placing of nooses, a white supervisor bemoaned that "too big of a deal" was being made.

That supervisor went on to say, "There was never a black person who was lynched that didn't deserve it."

And then Brooks found a noose hanging in the area where he worked. As the only black employee in that space on his shift, he believed it was aimed to intimidate him. This was just one of at least five alleged instances where a noose was observed during three months in 2017.

It was a breaking point, the beginning of the end of his career -- and also of Boyd's -- at GM.

"How rough and tough can you be when you got 11 to 12 people who want to put a noose around your neck and hang you 'til you're dead?" Brooks asked.

It was not just because the noose had been hung. But because of how GM allegedly reacted.

Boyd, Brooks and other black workers said initial meetings after the noose focused on violence, but not racial discrimination or intimidation.

Initially, GM declined to be interviewed because of the pending litigation, but provided a statement that it held mandatory meetings and closed the plant for a day to have training for every shift.

"Every day, everyone at General Motors is expected to uphold a set of values that are integral to the fabric of our culture," GM said in the statement. "Discrimination and harassment are not acceptable and [are] in stark contrast to how we expect people to show up at work."

It continued: "We treat any reported incident with sensitivity and urgency, and are committed to providing an environment that is safe, open and inclusive. General Motors is taking this matter seriously and addressing it through the appropriate court process."

Both US senators from Ohio issued statements after the story was published expressing the need to keep fighting racism.

"I am sad and outraged. We must stand with one voice and say together that we will not tolerate acts of racism and hate against our neighbors," Sen. Sherrod Brown, a Democrat, said in a statement.

"As we prepare to honor the life and legacy of Dr. [Martin Luther] King this weekend, we remember that Dr. King preached the deep connection between civil rights and workers' rights. The two are inextricably linked and fighting for workers must also mean fighting the racism -- both blatant and institutional -- that makes it even harder for people of color to get ahead, no matter how hard they work."

Sen. Rob Portman, a Republican, also issued a statement, saying: "Racism has no place in our society, and the fact that it is still going on today at this plant is outrageous and unacceptable. GM must address this and do so very quickly."

The story, which first aired on "CNN Tonight with Don Lemon" and then subsequently on CNN.com, sparked widespread outrage, with thousands of people immediately tweeting at the company.

"Whatever 'culture' has been thriving in the dark at this company and has been deemed acceptable by those in charge needs a complete overhaul. They need to pull themselves out of the dusty timeline they are stuck in and realize that this is intolerable on every (pay) level," one user with the Twitter handle @DragonAndTheFox wrote, tagging General Motors.

The company responded to the user saying: "We can certainly understand your sentiments, as we too are outraged that anyone would be subjected to racist behavior. Please know we have zero tolerance for discrimination and are actively working to drive this out of our workplaces."