GM again recalls its US electric vehicles over fire threat 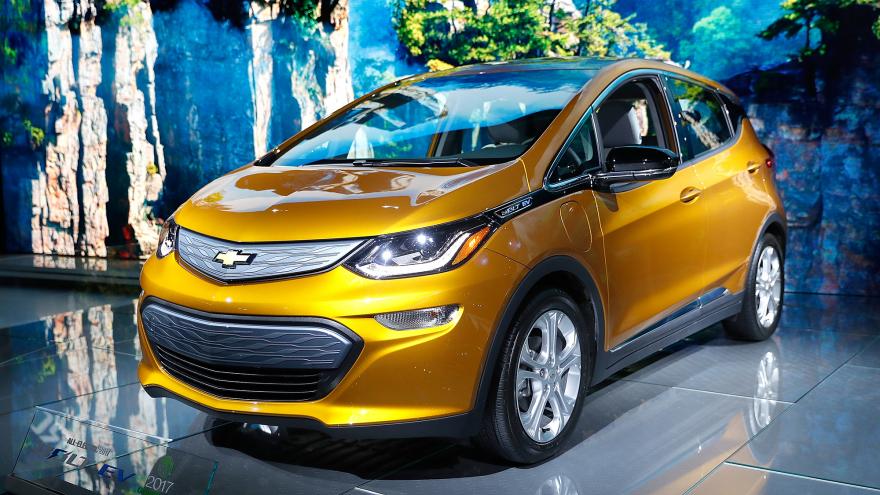 (CNN) -- GM is once again recalling nearly 70,000 Chevrolet Bolt electric vehicles because of a risk that the battery will catch fire when the car is parked.

The company does not have a fix for the problem that has been tied to at least nine fires nationwide since early 2020. The new fix will likely involve replacing battery modules orperhaps the entire battery pack, said GM spokesperson Dan Flores.

GM and federal safety regulators are providing steps that Bolt owners should take before their cars can be repaired. These include not parking it in a garage or next to another structure such as a home or other building due to the risk of a fire spreading. All the fires occurred when the cars were parked, and there were two reports of injuries.

While the number of cars is relatively small for a recall,GM's action is significant given how pivotal the Bolt is to its efforts to shift from gasoline-powered cars and trucks to an all-electric future.

The Bolt is the only EV that GM currently sells in North America, though it has other EVs it sells elsewhere, including China. US sales of the Bolt have been climbing rapidly, rising 142% to 20,000 in the first six months of this year compared with the first half of 2020. The model year 2020 and 2021 Bolts have a newer type of battery than the ones that caught fire.

This latest fire risk is comes just as GM is trying to expand its EV business.

Over the next four years, GM plans to invest $35 billion to unveil 30 different electric vehicles, 20 of them slated for the US market alone. The company has saiditexpects to be selling 1 million EVs annually by 2025 and has set a goal of selling only emission-free vehicles by 2035.

The new versions of the Bolt, the Bolt EV and Bolt EUV debuted earlier this year. The GMC Hummer EV pickup is due to go on sale later this year, and the Cadillac Lyriq, the luxury brand's first EV, is scheduled to hit dealerships late next year.

GM first announced a recall of the affected Bolts in November 2020 but, then as now, it said it did not know how to fix the problem. In May it announced a software repair but then there were two fires involving vehicles that got that software fix, prompting the latest recall.

Battery packs are the most expensive component of an electric vehicle, and replacing them could prove very costly. Hyundai recalled 82,000 electric cars globally earlier this year to replace their batteries after 15 reports of fires involving the vehicles, at a cost of about $11,000 per vehicle.

Other steps that Chevy Bolt owners can take to reduce the risk of fire until a new fix is decided include keeping it below an estimated remaining 70-mile range where possible. Owners also should also set their vehicle to the 90% state-of-charge limitation either using Hilltop Reserve mode in the 2017 and 2018 model years or the Target Charge Level mode in the 2019 model year.

Or they can bring their vehicle to a dealership to make that change ahead of the replacement work.

All nine fires occurred in the United States, where nearly 51,000 of the recalled Bolts are located. While the National Highway Traffic Safety Administration said there were two fires in vehicles that had the software fix, Flores said the automaker could not confirm the second of those two fires was due to the same battery problem. (The flatbed truck holding the burned out car was stolen from a lot in New Jersey before it could be inspected.)

Some electric vehicles other than the Bolt and the Hyundai EVs have had high profile problems with fires, including earlier models of Tesla.Gasoline-powered cars are at risk of fires as well, though typically that occurs in the course of an accident when the fuel catches fire, and not when the car is parked and out of the sight of the owners.