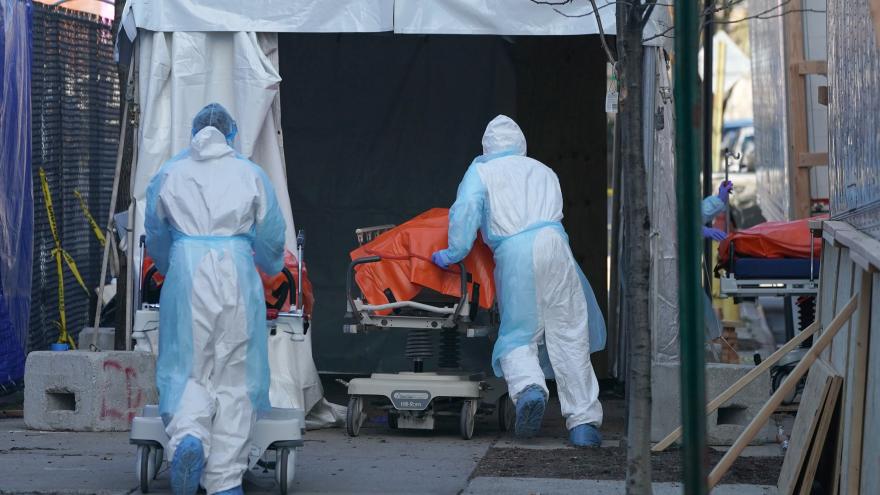 Global daily deaths have been dropping quickly over the past month, down from about 11,000 a day in the second week of February to about 7,000 a day now -- one of the lowest rates reported over the past year.

But the loss is still immense, with about 1 million deaths recorded over the past four months.

About 1 in every 1,300 people globally has died of Covid-19 since the start of the pandemic, and experts have said official death tolls are likely an undercount.

World Health Organization Director-General Tedros Adhanom Ghebreyesus tweeted on Sunday that it's "too early to declare victory" over Covid-19.

"Many countries are facing high rates of hospitalization & death. With high transmission, the threat of a new, more dangerous variant remains real. We urge all people to exercise caution and all governments to stay the course," he said.

The United States has reported more Covid-19 deaths than any other country -- about 960,000 total -- but the US Centers for Disease Control and Prevention estimates that the true death toll for the country is about 32% higher.

Along with the US, Brazil, Russia and Mexico have reported the most Covid-19 deaths since the start of the pandemic.

On Wednesday, the World Health Organization in its weekly epidemiological update noted that deaths were falling in most regions of the world, but rising in both the Western Pacific and the Eastern Mediterranean compared to a week earlier.

The Western Pacific region has also reported an increase in cases over the past week.

To date, there have been 446 million reported cases of Covid-19 globally, according to JHU.

About 57% of the world's population -- more than 4.4 billion people -- is fully vaccinated with their initial series, according to Our World in Data. But that varies widely country-to-country. Less than 14% of people in low-income countries have received at least one dose of Covid-19 vaccine.