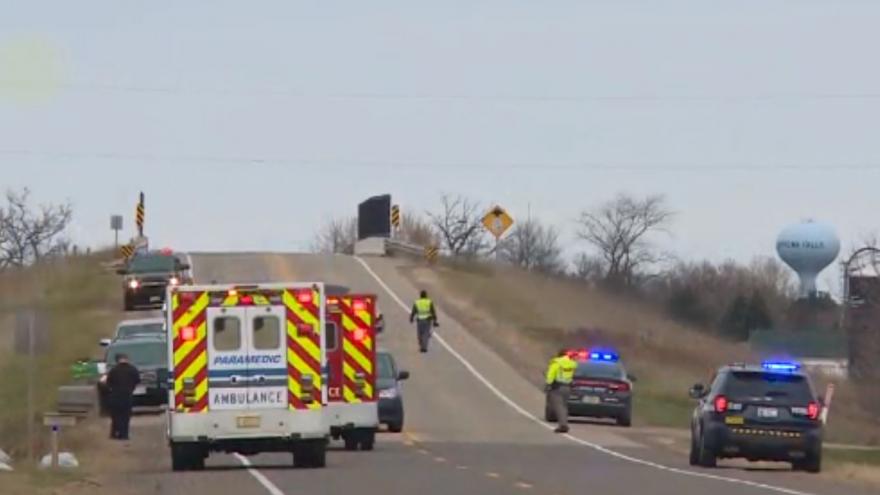 LAKE HALLIE, Wis. (AP) -- The head of Girl Scouts of the USA says "our hearts are broken" after three Girl Scouts and an adult were struck and killed in what authorities say was a hit-and-run crash along a rural Wisconsin highway.

Girl Scouts CEO Sylvia Acevedo issued a statement Sunday expressing condolences for the victims, who were picking up litter along the road in Lake Hallie when a pickup truck veered of the road and hit them. A fourth girl survived but was in critical condition Saturday night at a Minnesota hospital.

Police say the 21-year-old driver sped off but later surrendered. He is expected to be charged with four counts of homicide.

Acevedo says Girl Scouts everywhere stand with "our sister Girl Scouts in Wisconsin to grieve and comfort one another in the wake of this terrible tragedy."