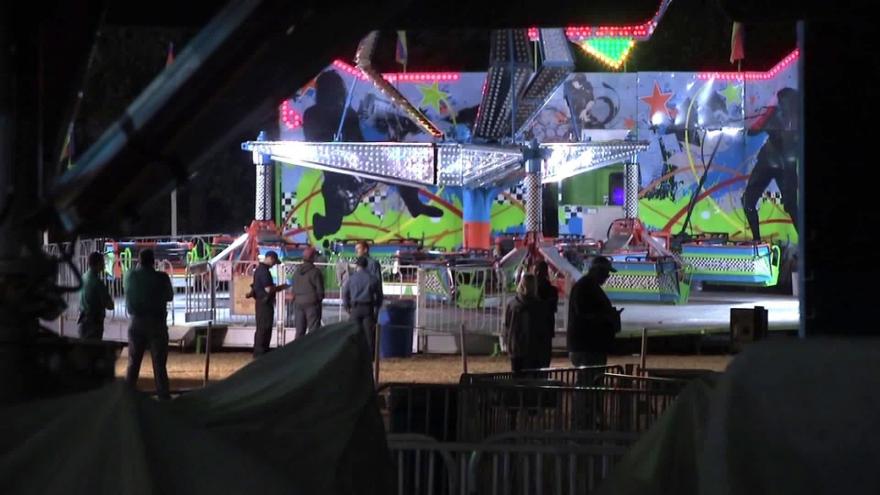 Police say the girl was airlifted to a hospital after the accident, but died from her injuries.

(CNN) -- A 10-year-old girl died after she was thrown from a ride Saturday at the Deerfield Township Harvest Festival.

The girl was ejected from a ride called "Extreme" at 6:18 p.m. and suffered serious injuries, New Jersey State Police said in a statement.

She was airlifted to Cooper University Hospital, where she was pronounced dead at 7:20 p.m. The girl has not been identified and the cause and circumstances of her death are still under investigation, police said.

Police said the "Extreme" is a Wisdom Super Sizzler amusement ride that spins passengers in a horizontal circle.

Skelly's Amusements, the company that operates rides at the festival, said it was fully cooperating in the investigation, in a statement posted on Facebook.

"We are absolutely heartbroken. Words cannot express our feelings and we extend our deepest sympathies to the individual's family and loved ones. We ask that you keep them in your thoughts," the statement said.

Festival organizers canceled a parade that was scheduled for Sunday, but said other activities will go on as scheduled, according to its website.

"The festival will be open today to offer a place for the community to come together in wake of this tragedy," the statement said.

It said that rides and festival games will be closed until they are inspected by state officials.

Correction: A previous version of this story misattributed a source. It has been fixed.