Giant pandas are no longer endangered, thanks to conservation efforts, China says 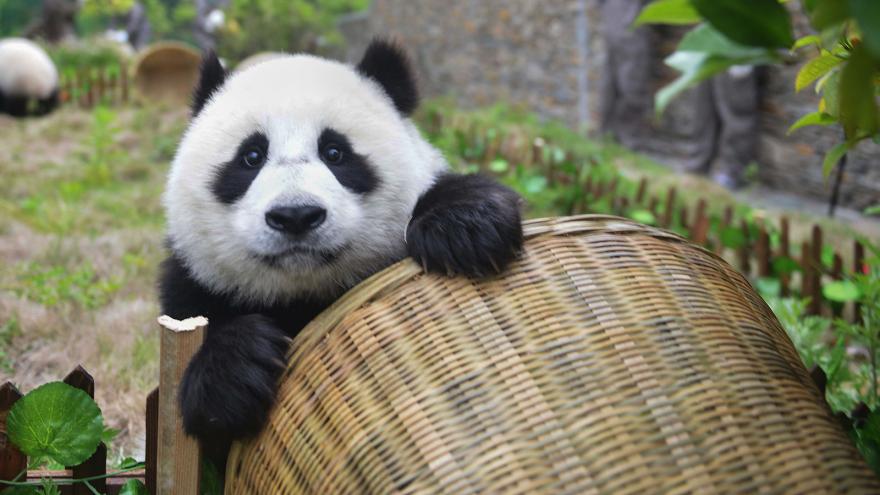 (CNN) -- Giant pandas are no longer endangered, Chinese officials have said, after decades of work to save the creatures helped drive their population in the wild up to 1,800.

The species will be re-classified as vulnerable, Cui Shuhong, director of the Department of Natural Ecological Protection of the Ministry of Ecology and Environment, said at a press conference on Wednesday.

China has spent half a century attempting to boost the population of its famous animals, creating sprawling panda reserves across several mountain ranges in an effort to save them from extinction.

They were taken off the endangered list by the International Union for Conservation of Nature (IUCN) in 2016, but that decision was not initially mirrored by Chinese officials.

"China has established a relatively complete nature reserves system," Cui said on Wednesday as he announced the move. "Large areas of natural ecosystems have been systematically and completely protected, and wildlife habitats have been effectively improved."

Cui added that the populations of some other rare and endangered species are gradually recovering as well. "The number of species such as Siberian tigers, Amur leopards, Asian elephants, and crested ibis has increased significantly," he said.

Giant pandas are infamously difficult to breed, with females only able to become pregnant for 24 to 72 hours each year.

Since the 1970s, Chinese officials have worked on a high-profile campaign to drive up their numbers. To counter habitat loss, officials created specially designed nature reserves in areas where their main food source, bamboo, is plentiful.

In 2017, China announced plans for a 10,476-square-mile reserve -- three times the size of Yellowstone National Park.

Pandas are known in China as an umbrella species -- which means experts believe measures to protect them would help protect other species, as well as the larger ecosystem.

But successful efforts to boost the panda population may have come at the expense of some carnivores. Several carnivorous populations have seen their numbers drop sharply during recent decades, potentially placing the larger ecosystem at risk, according to a study released last year by a joint China-United States team.